When Cobus de Swardt, Managing Director of Transparency International and John Davidson, Assistant Director General with AusAID opened TI’s Asia Pacific regional programme meeting earlier on Tuesday, they wished to create a world of greater social justice, and the only way achieving this mere aim is through empowering people.

TI is in the unique position of being able to work in about 100 countries, with locally rooted organizations, an inherent strength for Transparency International. Cobus de Swardt reiterated in his comments that “to make accountable government work, active participation of citizen is needed.” But how do you engage with citizen? Getting the masses on the streets? Integrity and Transparency being taught in class rooms?

This is a question that is indeed new for the anti-corruption movement, especially when comparing it with other issues of social justice, as human rights abuses or questions of very basic needs such as health and education.

Let me highlight the session that I organized as part of this meeting and that I feel is crucial when looking at the future of the fight against corruption, dominated in the past years by working mainly in the areas of political corruption, the judiciary and the private sector.

Who best than our national chapters are in the position to talk on how to work with citizen? TI Papua New Guinea, TI Thailand, TI Bangladesh and TI South Korea presented their approaches and projects.

Here’s an image highlighting the work of TI Papua New Guinea, bringing different civil society organisations together in a Walk against Corruption showing public opposition to corrupt behavior and activities. This year’s walk will take place on 14 June in Port Moresby, so watch out. The chapter also organizes the Mike Manning Youth Democracy Camps: 10 days filled with anti-corruption workshops and seminars. 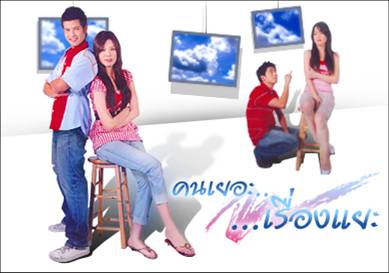 Thailand’s chapter has long been looking at long-term corruption prevention activities, such as raising general public’s awareness, and educating the public and especially the youth. Media programmes have proven to be crucial in this matter. The image shows an example of a popular Thai comedy series called More People, More Sagas.

Youth is a driving force of this programme, most significantly in outreach and communication activities, and are integrated in the chapter’s YES programme (Youth Engagement and Support) giving orientation on what role they can play and motivate them to say NO to corruption. Activities include advice and information desks, informing citizens on corruption and services, oath-taking, debates, cartoons, essay competitions, rallies, theatre and concerts.

As part of a programme to educate citizen on the relevance of the UN Convention against Corruption (UNCAC), Guards of the UNCAC, TI South Korea has developed this very nice video. Current activities reach out to members and potential members under the slogan “Take pride. Act transparent!” 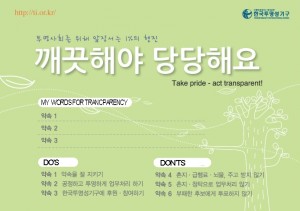 As every time when I am meeting with our chapters, I am incredibly impressed by the exciting work done on the national level. Every project does make a contribution to ensure that ordinary citizens across continents will no longer be confronted with corruption in their daily lives.

What are your ideas of how to integrate citizens in the anti-corruption fight?

By the way, I have also been looking at how to use social media tools and concepts to empower citizens to raise their voices against corruption. More here.