Anti-corruption Day: What does it stand for?

9 December is international Anti-Corruption Day. In Bangladesh people are getting together to shout Jago Manush Durnity Protirodhe Jago (Rise up people, rise up against corruption) during the multitude of activities organised nation-wide. In Indonesia thousands are on the street.

Around the world, Transparency International is taking Anti-Corruption Day as an opportunity to commemorate and raise awareness to the importance of fighting corruption. Chapters in every region have organised events to bring people together, from lectures, conferences and national integrity awards celebrations, to rallies, theatre shows, festivals and concerts. In Beirut, people even ran 42.195 km for transparency and against corruption.

That’s a lot of kilometres. But fighting corruption needs perseverance.

What makes this year different? What does the Anti-Corruption Day stand for?

Let me give you a couple of my thoughts. It has been a challenging year for the fight against corruption.

Increasingly, anti-corruption activists have been in the line of attack. Journalists writing on corruption in politics and society such as Sri Lanka’s Lasantha Wickramatunga earlier this year have given their lives. Activists from Bosnia and Herzegovina, Burundi, Guatemala or Zimbabwe have faced threats or were being silenced.

Anti-Corruption Day stands for a day to remember, recognise and honour these brave and fearless people, who went to prison or lost their lives believing that through fighting corruption they will make the world a better place. 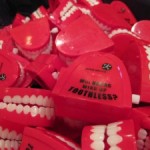 To punish those who undertake corrupt actions and reduce risks and opportunities for corruption, implementing an national integrity system through appropriate laws and institutions is fundamental. The only tool providing a global anti-corruption framework, the UN Convention against Corruption has received a set-back in agreeing on a flawed review mechanism earlier this year that is not transparent and inclusive to civil society.

Anti-Corruption Day is a day to call on the governments that civil society needs to be taken seriously as a partner in fighting corruption. Transparency matters and the UN Convention needs to have teeth to be effective.

This year’s Corruption Perceptions Index received a huge amount of attention showing us that corruption is still high on the agenda. But the CPI is only one of many tools that help us understand how deeply corruption affects society. To complement the picture we have to look at what people say, as well as on what we call the supply-side of corruption. TI’s 2009 Global Corruption Barometer has surveyed over 70,000 people on their views and experience with corruption, and the Bribe Payers Index looks at the tendency of firms based in international and regional exporting countries to bribe when doing business abroad.

Anti-Corruption Day is a good moment to highlight that still more research is needed to understand how corruption affects people. And how it affects issues such as climate change.

And most importantly: The “success” of initiatives such as Transparency International’s Advocacy and Legal Advice Centre’s shows, with now over 40 centres worldwide providing legal advice to victims of corruption, there is a dire need to help and support citizens in voicing their concerns. And to give them channels to complain about the injustice they are facing. As this year has shown, social media can be a powerful way to empower citizens to demand accountability, share observations and engagement in addressing and reporting corrupt activities themselves.

Anti-Corruption Day needs to highlight that corruption has victims. It hurts the people in their basic needs whether it be access to water, education or health, and it hurts the poor the most. 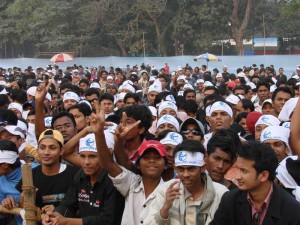 Sometimes, it seems easy to blame only one actor, mostly either the government or the private sector. But fighting corruption is everyone’s responsibility. Corruption can not be fought alone. It needs everyone to be involved.

So finally, Anti-corruption Day should also be a call for all groups of society to unite, build coalitions and speak up against corruption together.

As our chapter in Bangladesh says: Jago Manush Durnity Protirodhe Jago (Rise up people, rise up against corruption).

What are you doing for Anti-corruption Day?