Justice, not excuses, still sought a year after the killing of Lasantha Wickramatunga

The following post has been written by Samuel Bakowski, working in the Communications Department at Transparency International.

A year has passed, yet the investigation into the murder of Lasantha Wickramatunga has achieved nothing. Revealing only ineptitude, a growing sense of impunity, and a loss of public faith in the rule of law and media freedom in Sri Lanka. Not a single arrest has been filed since the assassination of the leading Sri Lankan newspaper editor, not a single suspect. 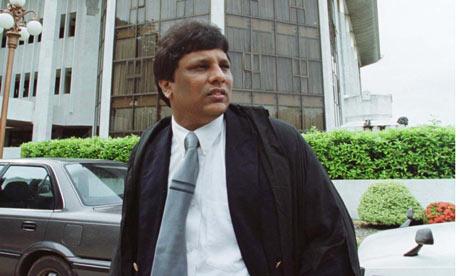 Lasantha Wickramatunga was the first journalist to receive Transparency International’s Integrity Award, in 2000. Bestowed as an act of recognition from the international anti-corruption community for his contribution to the defence of press freedom rights in Sri Lanka, and for his investigative journalism abilities in fearlessly exposing corruption within Sri Lankan politics for over a decade.

In the years that followed, Lasantha Wickertunga continued to work tirelessly. He became the most vocal critic of president Rajapaksha, using newsprint to staunchly advocate a political solution to the ethnic conflict, and expose arms deals at critical moments during the civil war.

In a posthumous editorial that was published in the Sunday Leader a few days after his death, he wrote. “Murder has become the primary tool whereby the state seeks to control the organs of liberty…Countless journalists have been harassed, threatened and killed. It has been my honour to belong to all those categories and now especially the last”.

The brutal murder, followed by the editorial speaking of its inevitability, sent shockwaves through a Sri Lankan society still reeling from the attack on the television channel Sirasa, which had occurred two days previous. The widely publicised editorial stemmed international outcry and drew intense media scrutiny, which forced the government to make a statement outlining its intention to conduct a vigorous investigation into the murder.

Despite 23 court hearings taking place in the previous year, the police are yet to file an investigative report. The investigation has now been transferred to the criminal investigation unit, however there is scepticism that this has only been done to pass the responsibility on to the former army commander, General Sarath Fonseka, who is the opposition candidate for the elections on 26 January.

Once again, a year on – with the parody of an impotent investigation continuing to fruitlessly limber on – civil society urges the Sri Lankan authorities to bring to justice those responsible for the assassination of Lasantha Wickramatunga.

It is incumbent on the government of Sri Lanka to demonstrate its commitment to the rule of law, and human rights, especially the right of individuals to free expression. An investigation that contained, even just a fraction, of the commitment demonstrated by Lasantha Wickramatunga to his values and beliefs, would be a start.

Events have taken place across the globe to mark the first anniversary of the loss of Lasantha Wickermatunga. It is a tribute to the impact his work achieved that his loss is felt in so many circles.