Why the MDG action plan needs an anti-corruption agenda

28 June 2010 in Africa and Middle East, Poverty and development

The word anti-corruption appears nowhere in the draft declaration ahead of the September MDG Review Summit to kick start action on the Millennium Development Goals. Why this should change. 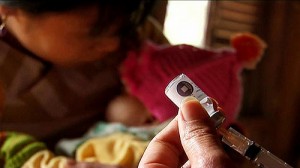 A cure for corruption?

In 2000 the United Nations set a 15-year time line – the Millennium Development Goals – to tackle some of the world’s biggest development problems from hunger and poverty to maternal mortality and HIV aids. With five years to go the latest UN progress report shows that we are off track, particularly in sub-Saharan Africa. The urgency of the issue led the UN to convene a high-level MDG Review Summit on 20-22 September in New York to kick-start a five-year action plan.

What is missing from the debate so far is a serious look at the role corruption plays in hurting development, a subject Transparency International knows well. The recent communiqué from the G8 meeting in Canada, in which they promised an uptick in funding for maternal and child health (MDGs 4 and 5), also makes no mention of the c-word and its impacts on the MDGs.

TI is lobbying hard for specific anti-corruption proposals to be incorporated into a global MDG action plan. Why? Because corruption can derail or limit the desired outcomes of development programmes and will make it even harder to meet the MDGs. We have studied the issue in education in Africa and in poverty alleviation. We have seen it in disaster relief.

It appears no one at the UN wants explicitly to use the ‘c’ word. A recent assessment by the United Nations Development Programme (UNDP), which sets out its own “MDG Action Agenda for 2010-2015” does not address corruption or accountability in its eight recommendations. What’s worse, the up-coming summit’s proposed outcome document, already in draft form, makes no mention of anti-corruption measures and only refers to corruption once as a social ill.

TI wants the September declaration to address the need to build anti-corruption measures into aid programmes. It should use similar language to the declaration issued by the Group of Twenty leaders after their summit on 27 June, which called strongly on governments to implement the United Nations Convention against Corruption. The convention is the most comprehensive global legal framework that sets standards and requirements for preventing, detecting, investigating and sanctioning corruption. The UN MDG Review Summit should promote its implementation in development too.

We would also like to see a statement that makes a clear link between governance and its positive role in helping citizens participate in the MDGs. Countries that receive aid should not have it thrust upon them, but should take an active part in deciding priorities and monitoring outcomes. This is not explicit in the summit declaration yet.

We are, as you might expect, also calling for more transparency. The summit declaration will be a better document if it guarantees transparency in aid relationships. There is a strong framework for this set out in International Aid Transparency Initiative.

TI surveys from more than 60 countries around the world show how the poorest suffer most in their daily lives. TI’s chapter in Mexico, for example, estimated that poor families spend almost one-fifth of their income on petty bribes compared to eight per cent for a typical Mexican family. Similar findings exist from Bangladesh to Kenya of this tax on the poor.

Without anti-corruption measures it will be harder to prevent vast sums of development money, both from donor and government coffers, from going missing. This in turn will exacerbate the problems in achieving the MDGs.

The 2015 deadline for the MDGs is only five years away.

How do you think we can ensure that anti-corruption policies become part of the solution for achieving the MDGs? Denmark and Senegal are in charge of drafting the declaration. Perhaps we should all drop those governments a line.