Back to the dark ages? – EU backsliding regarding access to documents and information 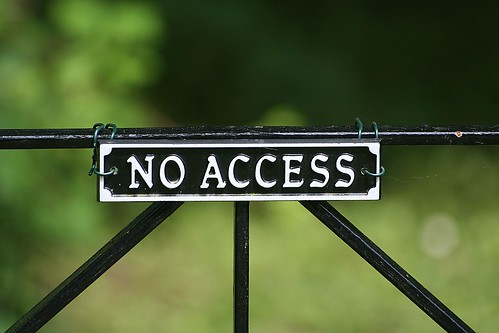 What do a journalist living in Denmark, a British EU transparency activist, a Finnish web editor of the European Parliament, a German constitutional law blogger, a Bulgarian PhD researcher, a British agriculture expert, a Portuguese intellectual property law blogger, a Greek agriculture journalist and a Brussels correspondent from Reuters have in common?

They’ve all recently written about developments in access to EU documents and information or used it for very relevant reporting, several of them with particular concern that EU transparency may be under attack from different sides.

And this week I came across a particular case also demonstrating that there is a risk that we fall back behind current transparency standards at the EU level.

In this case, we see that the EU Council is even backsliding behind rulings and argumentations of the European Court of Justice (ECJ). An unknown applicant has requested access to the legal opinion of the EU Council regarding the recast of the EU regulation on access to documents (Regulation 1049/2001)*. His/her request was refused and so he/she filed a confirmatory application (a kind of appeal) which was rejected again on a higher level.

For us, this rejection is so obviously against the 2008 “Turco” judgement (regarding access to documents concerning legal advice) of the ECJ that four countries – Denmark, Sweden, Finland and the Netherlands – have publicly objected against the negative reply, some referencing the judgement.

The rest of the EU member states don’t object to the reply that is obviously unlawful for the others. Important to note is that the reply also contains a statement that goes against the basic spirit of the Turco judgement.

The statement in paragraph 10 of the negative reply reads like this (my highlights):

In addition, and given the fact that the Council’s Legal Service not only assists the institution in ensuring the legality of the acts it adopts but also represents it before the Union courts, disclosure to the public of an internal legal advice in the Council’s decision-making process would seriously undermine the Legal Service’s capacity in the future to present and defend, free from all external influences and on an equal footing with the legal representatives of the other parties, the Council’s position in court proceedings, a position which may differ from the one previously recommended by the Legal Service.

Moreover, the very fact for the Legal Service to consider, in the future, the possibility that its internal legal advice intended exclusively for the members of the Council in such a delicate area might be released to the public, could affect the way in which legal opinions are drafted and hence prejudice the possibility of the Legal Service to express its views in a free and independent manner.

In my view, this argumentation is so revealing of the way the legal services regard their work:

They basically say that their advice would differ when it would be public, showing that their advice is in fact not objective and in the public interest but biased towards the institution. But when it is biased and not objective and when this happens in the course of a legislative process, it means it is part of the political and democratic debate and thus needs to be public in order to be contestable during the debate.

But this is just my personal interpretation, and it’s maybe better to let the European Court of Justice speak through its Turco judgement where the arguments brought forward by the Council in the paragraph quoted above are clearly rejected bit by bit:

61 Consequently, to submit, in a general and abstract way, that there is a risk that disclosure of legal advice relating to legislative processes may give rise to doubts regarding the lawfulness of legislative acts does not suffice to establish that the protection of legal advice will be undermined for the purposes of the second indent of Article 4(2) of Regulation No 1049/2001 and cannot, accordingly, provide a basis for a refusal to disclose such advice.

62 As regards, secondly, the Council’s argument that the independence of its legal service would be compromised by possible disclosure of legal opinions issued in the course of legislative procedures, it must be pointed out that that fear lies at the very heart of the interests protected by the exception provided for in the second indent of Article 4(2) of Regulation No 1049/2001. As is apparent from paragraph 42 of this judgment, that exception seeks specifically to protect an institution’s interest in seeking legal advice and receiving frank, objective and comprehensive advice.

62 However, in that regard, the Council relied before both the Court of First Instance and the Court on mere assertions, which were in no way substantiated by detailed arguments. In view of the considerations which follow, there would appear to be no real risk that is reasonably foreseeable and not purely hypothetical of that interest being undermined.

63 As regards the possibility of pressure being applied for the purpose of influencing the content of opinions issued by the Council’s legal service, it need merely be pointed out that even if the members of that legal service were subjected to improper pressure to that end, it would be that pressure, and not the possibility of the disclosure of legal opinions, which would compromise that institution’s interest in receiving frank, objective and comprehensive advice and it would clearly be incumbent on the Council to take the necessary measures to put a stop to it.

64 As regards the Commission’s argument that it could be difficult for an institution’s legal service which had initially expressed a negative opinion regarding a legislative act in the process of being adopted subsequently to defend the lawfulness of that act if its opinion had been published, it must be stated that such a general argument cannot justify an exception to the openness provided for by Regulation No 1049/2001.

Given this clear reasoning of the Court it is alarming to see that a majority of EU member states in the EU Council seem to be ready to support an argumentation that goes against this ruling, opting in favour of intransparency of EU legislative processes.

This is particularly alarming in the light of the upcoming recast of the access to document regulation and one can only hope that countries like Finland, Denmark, Sweden and the Netherlands will have a strong way to say – or we might go back to the dark ages!

* As a background: The review process for regulation 1049/2001 on access to EU documents is ongoing on the basis of a “reform” proposal of the European Commission that is now with the European Parliament. The main rapporteur Micheal Cashman (S&D) has issued his report with a considerable number of amendments which, according to information I received this week, are under review by the European Parliament’s legal service. The EU Council has dealt with the recast at the meeting of the Working Party on Information on 25 June 2010.