A step forward for access to information in Guatemala

The Guatemalan Constitutional Court rules that the data on beneficiaries of a large-scale social programme should be publicly available, setting an important precedent for access to information requests by civil society in the country. David Gaitán, of TI’s national chapter in Guatemala Acción Ciudadana, writes about how this decision came about. 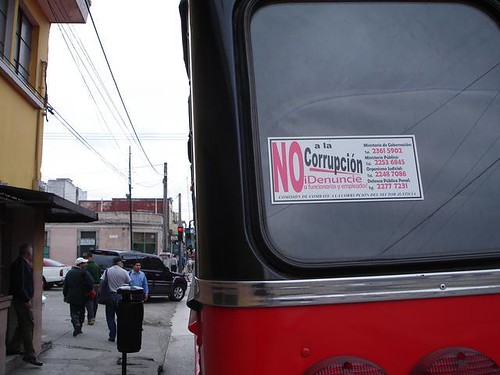 In early August of this year, in a historic ruling, the Constitutional Court in Guatemala accepted an appeal from Accion Ciudadana and found that the data of the beneficiaries of the Conditional Cash Transfer programme “Mi Familia Progresa” (My Family is Making Progress – MFP) should be publicly available. This decision by the Court is not only an important step forward for the transparency and accountability of the MFP programme, but also sets a precedent for a large number of requests for public information by civil society which have not yet been met.

To put the relevance of this decision in context, let me go back to April of 2009, when the access to information law was passed in Guatemala. According to this law, the government could “reserve” information (keep it confidential) if it could prove that publishing the information would be harmful to the well being of the public.

Government institutions soon began abusing this right to reserve information, using it to hide information which by definition should be public. This was the case of the data of the beneficiaries of the MFP programme, which was created to promote access to health and education among the children of the poorest families in the country. Despite the fact that the access to information law (article 10, para 15) states that government institutions must publish lists of beneficiaries of social programmes, the Ministry of Education – which was in charge of the program –  withheld the information arguing that revealing the identity of beneficiaries would put them at risk of falling victim to clientelistic political practices.

Accion Ciudadana has been monitoring the MFP programme since it started, working with groups of beneficiaries and finding that the programme had weaknesses, for example with respect to the selection of beneficiaries that stemmed from faulty census information. Beneficiaries have also been obliged to sign papers stating that their personal data should be kept confidential. One of the consequences of lack of transparency in these programmes is that they risk losing credibility and legitimacy with Guatemalan society, as well as the fact that the programmes could in fact be used for clientelistic purposes.

Appeals by Accion Ciudadana, jointly with the Human Rights Prosecutor Sergio Morales and a national Deputy, Rosa María de Frade, to make the information on beneficiaries available had previously been rejected by the Ministry of Education and the Supreme Court. With this decision by the Constitutional Court, the resolution by the Ministry is provisionally suspended.

Although the ruling has yet to be ratified by the Supreme Court, it sets a precedent: it helps put a brake on such efforts to withhold public information and is a step forward for access to information as a fundamental right.