Live from the MDG summit, or perhaps not?

21 September 2010 in Poverty and development

By Craig Fagan, senior policy coordinator on the streets of New York

The buzz of motorcades and flashing of police lights told me that I had arrived at the UN headquarters in New York. The kick-off of the three-day high-level summit to strategise how to speed-up progress on the Millennium Development Goals was about to happen inside the UN Secretariat. 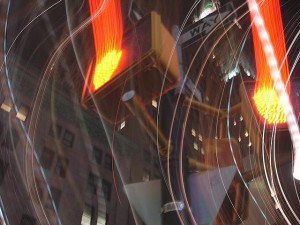 Gridlock at the MDGs?

But my interlude with dignitaries and their discussions stopped on the street. I was stuck at one of the numerous security check points that stopped the entry for most people into the UN’s hallowed chambers. Since I was not there to represent a member state, I could forget about hearing leaders promise the world’s citizens what changes would be made to reach the MDGs in the next five years and by the 2015 timeline. With a few exceptions, the talk shop that was happening was for governments only, with the rest of us relegated to side venues skirting the main event: the floor of the General Assembly

Such a scenario seemed paradoxical, since the theme of the summit seemed to be best spelled out by Secretary Ban Ki-moon who called on governments to “let us keep the promise” on the goals (https://www.un.org/apps/news/story.asp?NewsID=35995&Cr=MDG&Cr1=), which were put forward 10 years ago in the same chambers by 189 world leaders.

If the promise is to each government’s citizens, then why were most civil society representatives, parliamentarians, businesses, the media and other key stakeholders blocked from speaking at or attending the opening?

A dialogue cannot develop on effective solutions for MDG progress if the people to whom the promise is being made are not allowed in the building. It makes the words of the new president of the General Assembly, Joseph Deiss of Switzerland, seem unfounded: “If we want to succeed, we have to do it together”.

This split between actions and words is what Transparency International has signaled in a recent report on the goals. We looked at how accountability, transparency and integrity mechanism need to be folded into MDG action plans – and how this has not happened since the MDGs were launched in 2000. While the draft outcome document for the summit points to the importance of these principles and combating corruption (paragraphs 52 and 78(j)), it provides no concrete actions for how translate this promise into deeds.

With five years to go, the absence of a clear way forward by the UN on anti-corruption and other key policies for achieving the MDGs is more than troubling.