Human Rights Day and the link to anti-corruption

Human Rights Day 10 December follows closely on the heels of Anti-Corruption Day, 9 December, which is not just a coincidence. They stand together because human rights are far more likely to be safeguarded in a world where there is no corruption.

Andrea Figari, programme manager for Advocacy & Protection of Anti-corruption Advocates at Transparency International (TI) reflects on the important juxtaposition of these two awareness- raising days and what it means for a just society. 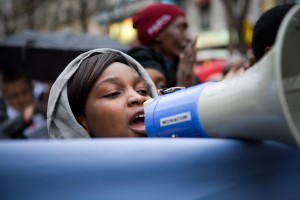 On this double anniversary, it is appropriate for organisations like Transparency International (TI) to emphasise this link with governments around the world for everyone and especially for the activists and campaigners who stand up against corruption.

Much of the work of anti-corruption advocates relates directly to advocacy for and in defence of human rights, as one of our joint publication with the International Council on Human Rights Policy shows.

When we talk of guaranteeing access to education without the need to pay bribes, or access to information without obfuscation, at best, and the threat of violence at worse, we see clearly how these agendas are linked. The human rights campaigner and the anti-corruption activist both work to eliminate the corruption and petty bribery that denies ordinary people the public services they are entitled to, their human rights.

Yesterday we published our 2010 Global Corruption Barometer, a worldwide survey of more than 91,000 people in 86 countries of their experiences with bribery and corruption. We found that one in four people paid a bribe in past 12 months, a disheartening figure, not least because it hasn’t changed in the past four years.

But we also asked if people would be willing to take a stand against corruption. More than seven in 10 said they would. This is very good news. But if we ask these people to become involved, we also need to know that their involvement does not endanger them or those close to them.

In this year alone, TI has documented incidents or limitations to the freedom of expression or association in its national chapters or coalition partners in Sri Lanka, Pakistan, Venezuela, Senegal, Zambia, Zimbabwe, Bosnia, Russia, Algeria and Bahrain.

We find that little is done to investigate the sources of this intimidation. As with many other areas where corruption thrives, impunity enables this trend towards oppression to continue.

When anti-corruption fighters are repressed, it curbs people’s ability to hold their governments to account and sends a frightening message to everyone else who might consider standing up against corruption.

TI would like to think that all states will actively honour their commitments under international human rights instruments to protect anti-corruption activists and other human rights defenders. Anti-corruption activists should all be covered by the Declaration on Human Rights Defenders and the International Covenant on Civil and Political Rights. Article 13 of the UN Convention against Corruption, which 148 states have signed, guarantees that society and its members are given the space to participate in preventing and fighting corruption.

TI hopes that international Human Rights Day will encourage people around the world to stand up against corruption because this will help ensure that everyone can live in a world based on integrity, accountability and transparency, where their rights can be fully exercised and expressed.