Looking back at Davos – Part two

Cobus de Swardt, Managing Director at Transparency International, reflects on the G20, the historic events in the Middle East, and social media and transparency at the 2011 Davos meeting: 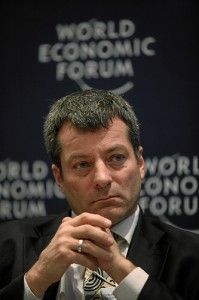 Looking back, I was struck that there was no longer a great sense of urgency about the economic crisis. Even though the G20 was on the agenda for this meeting, non-G20 people did not seem to be paying much attention to the G20 or its work on the reform of the global financial architecture.

Can the G20 be a driver of change without broader political support? I think that to be a unifying force the G20 is going to have to lead by example by setting very high standards of transparency, accountability and integrity.

What struck me most of all was people’s reaction to the historic events that were unfolding in North Africa, where people were out on the streets demanding greater openness and accountability. People were shocked by the scale of demonstrations, and by the death toll.

The demand from people for the accountable use of power and an end to corruption is indeed one of the key social drivers of our time.

What shocked me was seeing the Egyptian government reacting to protests by becoming even less transparent: cutting phone lines and social media access. As if putting people in the dark would make them forget their grievances and the tragic deaths that have already resulted from attempts at repressing them.

We are seeing that people will continue to demand more transparent governance, so I hope governments around the world will see the need to react to those demands. The quest for more transparency and accountability is irreversible.

I mentioned this in a video early on at Davos, which by now is already a little out of date.

I was not the only one making videos for the internet at WEF. Everybody seemed to be engaging with social media. There is a dramatic increase in awareness that social media is becoming a force of social change that moves across borders.

The sense of unease this seems to be causing reminds me of the dawn of multinational corporations 30 years ago, and the realisation among politicians that there were new global players acting across traditional borders, acting in new ways that existing institutions could not control.

The private sector was well represented at WEF and networked furiously as usual. While all this networking seems to be the main practical thing people will take away from Davos this year, at least Transpaerncy International got one thing it wanted: the small NGO presence was more prominent at this meeting than in the past.