Transparency of the EU budget and its spending is of great importance for public control of the European Union, its institutions and bodies and the tens of thousands of beneficiaries of EU funds. 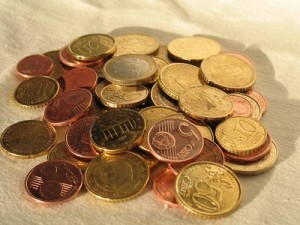 Without knowing where EU money is spent and who receives it for what purposes, the prevention of misuse of EU funds, including in the context of corruption or organised crime, is close to impossible for civil society, journalists or interested citizens.

There’s still a lot to do, and together with others the EU office of Transparency International in Brussels tries to advocate better rules and practices in this regard, as you can for instance see in previous blog posts here or here or in this joint European civil society position on Transparency of End Beneficiaries of EU agricultural payments.

In particular in the areas where EU funds are handled jointly with EU member states – a major share that encompasses farm subsidies, fish subsidies, structural funds – there’s still a great lack of transparency when it comes to the beneficiaries of these funds.

Since the EU Parliament is currently working on the EU budget discharge for 2009, we have proposed some amendments to the draft report on the discharge of the EU Commission (PDF) regarding the transparency of beneficiaries of EU funds including those under shared management with EU member states.

The Member of the European Parliament (‘rapporteur’ in EU jargon) responsible for this discharge report, Jorgo Chatzimarkakis, agreed that the proposed amendments were reasonable. He has tabled them, with a slight addition (a reference to recovery.gov), among the many other amendments to the report from his colleagues that you find in this list of amendments (PDF) to the draft report (see amendments 147-149 on pp. 71-73).

We hope that these amendments will be accepted in the Budget Control Committee in order for the European Parliament to make a strong case for high standards of EU funds transparency and to push the European Commission and the member states in the EU Council to work on improvements in rules and practices.

This should include in particular the creation of a centralised website that contains all EU funds beneficiaries and that publishes the data respecting open data principles.

This should also include an interpretation of a recent EU Court ruling on EU agricultural funds that takes into account protection of personal data but that draws up criteria for the publication of individual beneficiaries’ names which ensure a high level of transparency, something the Court has explicitly encouraged.

One has to make a strong case on this in the budget discharge for 2009, because for the year 2009 we only have an overview over all beneficiaries of member states handled EU funds due to massive efforts by

who have gathered EU beneficiaries data from thousands of websites, collected with specially programmed tools (e.g. ‘scrapers‘) out of thousands of unstructured pages and PDF documents in all EU languages.

This current situation is way beyond the acceptable and it has to change as quickly as possible for the next budgetary years!

PS: Almost forgot to mention that openspending.org show quite exemplarily what you can do with open budget data, including EU budget information (scraped out of a PDF document…).