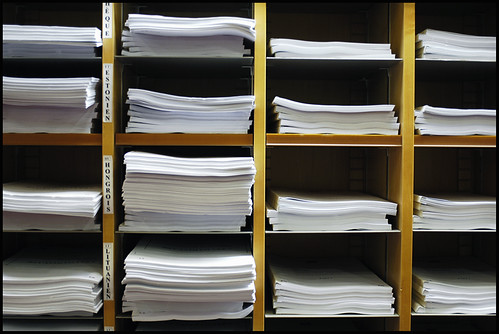 15 external speakers and more short interventions from Members of the European Parliament (MEPs) – although embarrisingly few MEPs were present in the audience – were put on the agenda of the 3 1/2 hours meeting that was chaired by Heidi Hautala, Michael Cashman and Anneli Jäätteenmäki.

The arguments and perspectives exchanged were “the usual suspects” for those who have followed the debate in the past, highlighting the need for reform of the current access to EU documents regime while asking for more pro-active implementation of the current law (i.e. regulations 1049/2001 & 1367/2006). The discussion touched also on the reform process initiated by the EU Commission in 2008.

If you want, you can watch the recording of the hearing online to see all the interventions. There’s also an EU Parliament press release following the event.

Some points I found particularly noteworthy during the meeting:

It’s difficult to judge in how far this hearing has contributed to the legal and practical reform of access to EU documents. I’d say that it was a good summary of where we stand right now without giving clear guidance on how to move on.

But the longer I watch the legal reform process, the more doubts I have that EU Commission, Parliament and the member states in the Council will come to grips and finally agree on a meaningful improved EU access to documents regulation. I hope I am wrong, but I’m not alone with this feeling from what I hear.

In this sense the hearing was a reminder that we as civil society have to keep up the pressure on the EU institutions and EU member states, through advocacy, expertise and court cases while also trying to find practical solutions that ease the access to EU documents for citizens and NGOs, whether or not the current legal basis will change significantly or not.