This post, by Nadejda Komendantova, Anthony Patt and Stefan Pfenninger of the International Institute for Applied Systems Analysis, develops an article published in TI’s recently published climate change corruption report, which was written before the Arab Spring.

Renewable energy sources in North Africa could contribute significantly to our energy needs, but as recent events in Cairo and Tunis illustrate, corruption can have a destabilizing impact if it is not addressed.

Between June 2010 and March 2011, the International Institute for Applied Systems Analysis (IIASA) conducted research to identify the potential for corruption in cases where large volumes of foreign direct investment are channeled to the North Africa for deployment of renewable energy power plants. 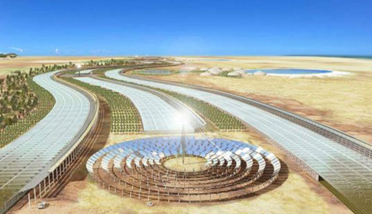 Our research began prior to recent political events in North Africa and the tone of interviews conducted in the region changed over the course of survey.  In the beginning people in Tunisia expressed reluctance to speak about corruption in their country because of the fear of secret police. Yet as political change came, answers were more forthcoming.

Our interest in the research was triggered by our earlier findings, now featured in the Global Corruption Report, which identified corruption as a major barrier to deployment of renewable energy sources in North Africa.

The survey of people from NGOs, academia, private sector, civil service or international organizations from Europe, the US (active in North Africa) and North Africa suggest that “bureaucratic corruption” is much more a problem in the region than “grand corruption”.

33 per cent of all stakeholders mentioned that bureaucratic corruption is the most significant barrier for investment, while “grand corruption” was mentioned by 20 per cent.

Particularly concerning is that the majority of stakeholders (58 per cent) believe that both bureaucratic and grand corruption would likely increase if large volumes of foreign direct investment connected with renewable energy sources come to the region.

They were most worried about risks like officials expectating money and gifts, unauthorized sale of public property and licenses, manipulation of regulations, and misuse of inside knowledge and confidential information.

77% of respondents think procedures for getting permits is the most problematic area, rather than construction or operating and management phases of renewable energy power plants. So better governance is a first step to encouraging renewable energy investment.

While grand corruption may decrease as a result of recent political upheavals, it is uncertain whether “grey” or bureaucratic corruption will be diminished by recent developments.

Some stakeholders expressed a belief that only socio-economic development will help to reduce bureaucratic corruption. Bureaucratic corruption must be addressed in order to attract foreign direct investment for renewable energy projects in the region. If not, investors may choose to invest in another region, leaving the bold projects necessary to fight climate change unrealized.

IIASA is finalising the results of this research and is planning further research into the links between corruption and deployment of renewable energy sources in North Africa.