Though there are international treaties to control the sale of many goods, from dinosaur bones to postage stamps, there is no such treaty to control the trade in weapons worldwide. From July 11 to July 15, the 192 member states of the United Nations are meeting in New York to continue their negotiations towards an “Arms Trade Treaty” (ATT). States intend to agree on the final version of an ATT in 2012, which means that this is the last major meeting before the final negotiation conference next year.

The purpose of an ATT is to regulate the legal global trade in arms. States have endorsed a UN resolution to negotiate a legally binding treaty with “the highest possible common international standards for the transfer of conventional arms”. These standards could include regional and international security concerns, the diversion of weapons away from their intended end-users, the abuse of international humanitarian law or international human rights law, or sustainable development concerns. One of these standards must be corruption.

The arms trade is one of the most corruption prone sectors – up to GBP 20 billion each year are lost to corruption. Numerous cases demonstrate the devastating impact that defence corruption has on sustainable development, public trust in the government and its armed forces, as well as the ability of nations to pay a fair and uninflated price for the weapons. 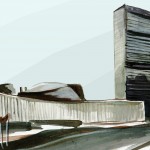 This is why Transparency International’s Defence and Security Programme emphasises that a Arms Trade Treaty must have strong anti-corruption mechanisms if it is to be robust and effective. Even if States were to agree an ATT at the final negotiating conference in 2012 which introduces stronger controls without strong anti-corruption mechanisms these controls are likely to be undermined by and circumvented through corruption.

The Chair of the ATT process, Ambassador Moritan from Argentina, has presented a set of draft papers that indicate what a final ATT might look like in 2012. These papers include a number of useful anti-corruption provisions as well as strong anti-corruption language.

A number of States and international organisations from all around the world (including the European Union and the Economic Community of West African States) have also expressed their support to include anti-corruption mechanisms in an ATT.

The defence industry has been supportive of an ATT that provides benefits of good governance, transparency and stability, and defence companies have stated their willingness and readiness to maintain the ethical business practices required by anti-corruption legislation, such as the UK Bribery Act that entered into force on 1 July. A number of large institutional investors are also currently preparing a “Global Investor Statement on the Arms Trade” that calls for strong and preventive anti-corruption provisions.

Transparency International’s Defence and Security Programme will be in New York next week, working with its large number of partners in civil society such as Oxfam, Saferworld, the Arias Foundation, and Amnesty International to constructively work with States that must ensure that the corruption measures proposed in the draft are strengthened and not deleted at this last preparatory stage.