Corruption: a crime against society

The following is an excerpt from the collected papers of the Rencontres Economiques d’Aix-en-Provence 2011. Read the full article here.

Corruption is often thought of as an economic or “white collar crime”.

That ignores the greater implications of corruption, the abuse of power at the expense of the many, which perpetuates social injustice and the exploitation of the vulnerable: denial of healthcare, education, economic opportunity and justice, as well as preventing the holding to account of leaders for the theft of resources. 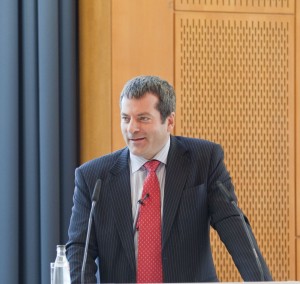 Such is the human cost of corruption –the denial of access to public services, to economic opportunity, to a voice and to justice– that it cannot be seen as anything but a criminal act of whom the victim is society at large: in short, a crime against society.

A crime recognised by international law

Governments have a duty under international law to tackle this crime, but many are in default. The UN Convention against Corruption is a model for national anti-corruption legislation, defines criminal corrupt acts such as bribery and allows countries to exchange information and provide mutual assistance to bring such criminal acts to justice. OECD countries, meanwhile, are committed to enforcing criminal sanctions for the bribery of foreign officials.

Who is responsible for tackling corruption?
Only 7 of 38 countries signed up to the OECD anti-bribery convention and are actively investigating and prosecuting companies for bribing foreign officials. This situation has shown no signs of improvement for two years.

At the height of the financial crisis in 2009, the G20 promised to tackle bank secrecy and tax havens, but little is done to control whether tax havens actually provide information and legal assistance to tax authorities.

Governments are required to pursue enhanced due diligence on “Politically Exposed Persons” regardless of whether they hold an office or have fallen in disgrace. In June, the UK Financial Services Authority issued a report warning that less than half of UK banks do this.

Tens of billions of Libyan assets have been frozen throughout western economies. Switzerland alone says that it has frozen US$ 1 billion of assets from North African countries.

If “rogue states” “depart from the rules applied by other states”, how should we name states that fail to sign up, enforce or live by international anti-corruption laws?

Transparency can be a powerful tool against those who are putting profit before integrity. Governments who fail to take these steps, steps which they have already agreed to, are complicit in creating impunity not only for the corrupt rulers who steal their country’s resources, but the financial experts, lawyers, agents who aid and abet them.

Corruption is a crime against society, it is time governments started to treat it that way. Read more.