In the second part of his article, Johnny West, author of a new book based on his personal experience of the Arab Spring, writes about the potential of social media in the post-revolution Arab world. Read part one here.

In Tunisia, digital technologies have started to provide transparency in the political arena in an interesting way. The return of Islamist leader Rachid al-Ghannouchi has sparked intense debates about his real intentions. His Nahda party has almost completed a makeover in which it is projecting itself as moderate, democratic, supportive of human rights. 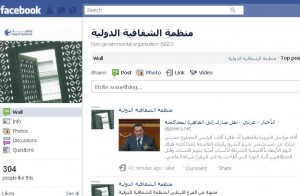 Meanwhile, activists have put all of Ghannouchi’s speeches from the last thirty years, unabridged, on Facebook pages, demonstrating that he has shifted considerably towards the centre. And why not? Successful politics is full of people moderating or changing past positions and we would be worse off if it were not so. The activists say their purpose is not to discredit Nahda, simply to be clear about their evolution from then til now.

In Egypt, revolutionaries stormed the offices of the hated state security agency – the Mubarak regime’s equivalent of the FBI – and digitised and published tens of thousands of documents in an attempt to reveal the extent of excesses under the former regime. And in Libya and Syria rebels constantly upload witness footage to win the battle for public opinion, such as a horrendous video of Syrian soldiers kicking corpses on a rooftop, apparently planting weapons on them for a state propaganda video about armed terrorists. Protesters say some of them have actually now started to infiltrate plain clothes regime forces so as to be able to film them with their mobile phones, casually shooting into unarmed crowds.

Of course, this is not an unadulterated gain. If truth is the first casualty of war, citizen reporting makes that war total – all parties on all sides have the ability to fake, as well as bear witness. 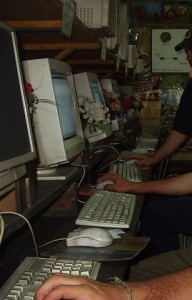 But consider the possibilities for transparency and governance when these technologies are integrated right into the heart of institutions and their decision making. In Tunisia, for example, there has been talk of driving transitional justice through self-deposition by video, with victims identifying themselves by ID card, and following a specific brief to depose a statement to a restricted area on a Ministry of Interior website.

The idea is that teams of investigators would then review the material – as a first step, obviously, not as court-level evidence. In Egypt, Net cafes which have now reached well beyond the elite down into poorer neighbourhoods, could be engaged as e-government centres, offering a platform with greater capacity even than the government’s dilapidated physical infrastructure.

In all these countries, campaigning and advocacy on social networking sites has trickled down to the local and municipal level. In Alexandria, protesters waged a campaign against the city’s mayor on Facebook. In the Tunisian town of Sidi Bou Zid, cradle of the revolution, where the fruit seller Mohammed Bou Azizi immolated himself that December day, high school students campaigned against their headmaster, a party apparatchik of the old regime, by creating a page where they collected complaints against him.

I found a big willingness broadly, across society, to consider the role of digital technologies in governance going forward. We should discard the idea that societies will naturally follow our own technology curve, at the rate we did, and recognise that technophobia is actually culturally specific to societies where people achieved prosperity and success without having to learn them.

The poor and marginalised don’t feel threatened by technology, they simply want to know if it can do anything for them. But they approach that with an open mind, and a very different starting point. Across Egypt, Tunisia, Libya and other Arab countries, my experience has been that the excluded are eager to use technology if they feel it can bring them the benefits of citizenship, a handle on their relationship with the state and other powerful entities, and help them claim their place in society.

Johnny West’s book, KARAMA! Journeys Through The Arab Spring, is out now.