Should banks profit from dictators’ money?

As Libya prepares for the future, what are financial centres doing to stop the flow of stolen assets from dictators? The following is adapted from a speech made by Transparency International’s vice-chair, Akere Muna, at the UN public service forum in Dar es Salaam, United Republic of Tanzania.

If corruption, especially money laundering and bribery are to be tackled, we need to see action not only from developing countries, but also countries that are home to major financial centres.

Here in Africa there is wide recognition that poor governance is one of the biggest barriers to sustainable development, what is missing is recognition of the wide responsibility that parties beyond Africa have for this problem.

Some developing countries are tired of waiting for developed countries to act. While I hear a more and more African leaders who recognise that governance issues have been a major barrier to economic development, there is also frustration that global action to stop the corruption that undermines governance is so inconsistence with commitments.

It is telling, therefore, that the African Union Convention on Preventing and Combating Corruption goes actually goes further than the UN Anti-Corruption Convention in several ways, especially in private sector obligations. It tackles bribery between companies and calls on the private sector to participate in the fight against unfair competition and respect of tender procedures. It obliges governments to carry out research on the conduct of multinational companies in Africa.

Nigeria is showing that developing countries, not just developed ones, can tackle the supply side. Nigerian authorities have recently been among the most active in pursuing bribery cases against foreign companies. The resulting settlements have involved more than US$ 1.7 billion in fines and disgorgement [read more about this and other anti-bribery cases in our Anti-Bribery Progress Report here].

Here in Tanzania, the BAE case shows how bribery is becoming more sophisticated and harder to track. This should stop our efforts, but encourage us to make transparency run even deeper.

One trend we are seeing is for inducements to be offered via agents and subsidiaries, and there is also a practice of offering officials equity in their company or in subsidiaries located in offshore havens.

The African Convention also has harsher measures on illicit enrichment than the UN’s. Article 17 forbids governments from citing bank secrecy as an excuse for not providing legal assistance with investigation of suspicious assets.

In 2011 we have seen how deeply the international financial system is implicated in the stealing of assets by unpopular leaders or dictators.

Switzerland says it has frozen more than US$1 billion in assets from Libya, Tunisia and Egypt following the Arab Spring.

How did they get there? Aren’t banks supposed to carry out enhanced due diligence on politically exposed persons? A recent report has shown that many UK banks are failing to meet this responsibility, a third of banks surveyed appeared willing to accept very high levels of money-laundering risk, half failed to apply due diligence. More worrying still, a third “ dismissed serious allegations about their customers without adequate review.” The report warns:

around three quarters of banks in our sample, including the majority of major banks, are not always managing high-risk customers and PEP relationships effectively and must do more to ensure they are not used for money laundering.

And also points out that the same failures allowed Nigerian dictator Sani Abacha to move around US$ 1.3 billion through UK based accounts during the 1990s.

What gets me is what happens to assets actually are frozen, given that they often end up in commercial banks that, according to these reports, do not do their moral homework. 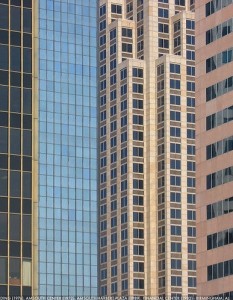 Why should they stay with the banks who have failed in their due diligence, where governments cannot use it and where they will continue to accrue interest for the banks? They should rather be kept in escrow accounts run by international development banks, so that they can help the governments trying to help their countries recover from years of corruption, graft and misappropriation. Transparency International has called on the Group of 20 leading economies to make this happen.

If a bank has stolen assets, it is a handler of the ill-gotten gains of corruption.

This is an issue whose time has come. We saw great interest in the wealth of the deposed North African leaders, both in western countries and those involved. I hear it at meetings I attend where corruption and development are discussed, they invariably wind up on this issue.

Some countries have had success in recovering stolen assets, Nigeria from Switzerland, for example, but as the financial markets grow more complex, how many financial centres will developing countries have to deal with to recover assets if better international mechanisms are not put in place.

For all the good words we hear in international forums, what leaders trying to improve governance in their countries – and the citizens – want to see is a show of good faith.