The Group of 20 major world economies made an ambitious commitment: In their Anti-Corruption Action Plan they promised to enact and implement whistleblower protection rules by the end of 2012, based on existing best practice. Doubts remain whether these commitments will indeed be implemented while the need for effective protection of those who dare to disclose corruption and wrongdoing is ever more apparent.

A recent legal case that had gone all the way through the German legal system and on to the European Court of Human Rights in Strasbourg shows why such protection is direly needed. The July 2011 judgement showed how the lack of protection for people who blow the whistle on corruption can destroy lives. 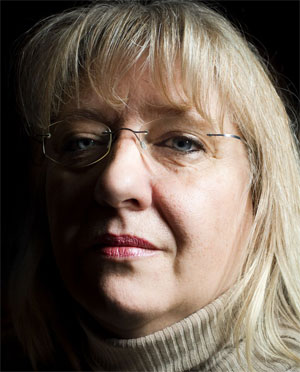 The case of Brigitte Heinisch was shown along with other Whistleblowers at an exhibition of the Whistleblower Netzwerk at Kunsthaus Tacheles, Berlin. You can find the link to the virtual exhibition below. Photo: Petrov Ahner

After seven years of hardship, the Strasbourg court ruled in favour of a German nurse who had been dismissed after disclosing mistreatments of elderly patients. These included patients lying in their excrement for prolonged periods or being tied to their beds without a court ruling.

Because her internal reports received no response, she approached the trade union, ultimately taking her concerns public. The employer, Vivantes Group, reacted by firing her. She sued the employer and went through the entire German legal system, only to find that it did not protect her against the dismissal.

The case will hopefully provide encouragement to other people who want to report corruption and mistreatment, but until now were afraid of retribution from their employer.

Similar situations could occur in many European countries, where protection mechanisms are weak and poorly enforced, according to Transparency International research and reports. In too many cases, whistleblowers do not only risk their jobs and livelihoods, but sometimes even their lives.

So what’s happening with the G20’s commitments to implement effective protection legislation?

At their November 2011 meeting in Cannes, the G20 Heads of State agreed to a compendium of best practices and guiding principles for whistleblowing legislation, drafted by the OECD.

This paper is a huge step forward for most of the G20 countries, as outlined in a civil society submission to the G20 in September 2011.

According to the paper, G20 member states should pass dedicated and comprehensive whistleblower protection legislation, covering the public and the private sector.

The greatest weakness of the text is that the whistleblower must be able to show that he or she had reasonable grounds for the disclosure. This opens doors for arbitrary court procedures and can discourage potential whistleblowers from speaking up.

Would whistleblowers be in a better position if all G20 members passed legislation along these lines?

The real question, however, is whether G20 members will implement these commitments at all.

A failure of doing so will mean a lost opportunity for fighting corruption and other wrongdoings. In Germany, a small opposition party has presented a law proposal to overcome limitations of the current legislation.

Civil society will have to play a strong watchdog role to avoid that these commitments end up being empty promises.

Whistleblowing has a negative image in European countries. Read a report about it here.

The case of Brigitte Heinisch was shown along with other Whistleblowers at an exhibition of the Whistleblower Netzwerk at Kunsthaus Tacheles, Berlin. You can look at the virtual exhibiton here.