Bias and corruption in Russia shows up in Western courts

In Russia we do not always find justice in our courts or when dealing with law enforcement. Despite all the talk of judicial reform and some modest progress, there is a lot of room for improvement.  Now the situation has become a subject of debate and scrutiny not only domestically, but also abroad.

Increasingly I get phone calls from foreign journalists covering court disputes between Russian businessmen in non-Russian courts. I am not a specialist in private international or commercial law, so why call me? The answer is rather simple: in many such cases the words “bias” or “corruption” are being mentioned.

It’s no secret that many of the legal problems involving Russian business people relate to their past or present business activities in Russia. In some instances, the alleged offences appear to be the result of a complex and contradictory legal environment and thus the investigation of seemingly widespread business practices raises the question of selective prosecution. In other instances, however, Russian law enforcers prosecute what would appear to be intentional breaches of law and clearly fraudulent activities. 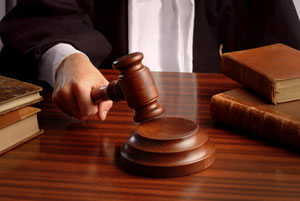 At the same time, Western society and media have developed strong opinions about flaws in the Russian legal system and violation of human rights in Russia. This critique, while well deserved and rightfully aimed at improving the system has unintended implications.

Russian businessmen in conflict with the Russian law have begun to use the confusion about Russian law and perceptions in the Western media to their advantage. Once out of Russia they try to shield themselves from liability for their conduct at home by portraying themselves as victims of biased prosecution or judiciary. This argument can now be found in almost every significant legal dispute between Russian businessmen heard in Western courts. It is becoming more difficult to see through the smoke screen of this common claim, whether a party to a dispute is indeed fleeing from potentially biased law enforcers or in reality is trying to escape liability for actions that would have been regarded as criminal in any other country.

Some parties who claim to be the victim of a corrupt political regime now also claim to be campaigners against corruption and for political freedoms. The image will often be reinforced through aggressive PR campaigns.

The reality however is often much more complicated.  Most of the complaining businessmen were once very well connected, were members of parliament or even held a position in the executive branch of government. While things were going well for them, they did not criticize the system or state. But shifting political sands has exposed questionable past dealings, creating public complaints and alerting law enforcement. These are the people who had never before questioned the quality of Russian institutions or even acknowledged the existence of civil society. But, once hauled into court, they question everything.

Knowing that, how can a Western court determine who is a real victim of bias or corruption? How can a foreign journalist tell who has really suffered from injustice and oppression, or who is using the confusion to hide crimes and to apply pressure on opponents in a court room?

Unfortunately, there is no easy solution.  I strongly believe that it is necessary to carefully examine any claim of a biased legal process and, absent specific facts, be extremely cautious before accepting such allegations. A careful factual examination may help resist manipulation tactics and reduce the risk of erroneous judgments or unbalanced media coverage.

I also strongly believe that so long as our legal system remains imperfect, there will be more victims of unjust prosecution and there will be more real criminals escaping liability using existing preconception in the West about rule of law in Russia. This unfortunate situation will continue until Russia tackles corruption and pushes forward with judicial reform. This pursuit will be very much facilitated by promoting the real corruption fighters and the true supporters of civil society; those who day after day fight corruption and work towards improving Russian civil institutions and its legal system. These people hate to see their work being undermined or misused by manipulative outcasts from the Russian business elite.