Who owns what? Trying to clean dirty money in the EU

How do you fancy owning two Bugatti Veyrons, the fastest and priciest street car in the world, with a top speed of 250mph and a cost of €1m a pop? Or how about splashing out €18m on art formally owned by French fashion designer Yves Saint Laurent? How about affording all of this on your monthly salary of €3,200? These are just some of the luxuries enjoyed by Teodorin Obiang, eldest son of the autocratic president of Equatorial Guinea, in his position as the country’s agriculture and forestry minister, which were seized by French authorities in February on suspicions of corruption and money laundering. 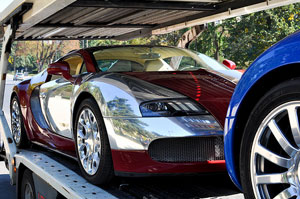 The European Union’s anti-money laundering rules  are currently being revised, with new recommendations to be announced in 2013. Teodorin Obiang’s life of luxury in Paris shows that the EU’s rules need to be a lot stronger if they are to be an effective tool against the corrupt.

A crucial area in the fight against money laundering in need of significant attention is identifying beneficial ownership. A beneficial owner is the individual who ultimately owns the funds in an account or enjoys the profits made by a company. This individual is not necessarily the person who opened the account or the one named on the company register, but rather is the person with ultimate control over funds or a company, and the one that enjoys their fruits. Identifying this individual allows an institution to determine whether the source of funds is legitimate or not.

Currently, to identify the beneficial owner of an account or company, banks use a threshold of 25%. If someone is identified as owning a proportion larger than 25%, they are a beneficial owner. This means that in order not to be identified as a beneficial owner, all an individual need do is structure a company or account so that they own less than 25%. Article 43 of the current money-laundering Directive requests the European Commission to consider lowering this threshold to 20%. In a report released on Thursday however, the Commission said that lowering the threshold to 20% may only increase the cost of compliance and create administrative burden, rather than bringing about any significant advantages. This is worrying. Whilst a lower threshold for identifying a beneficial owner could still be circumvented comparably easily, it would nevertheless require a greater level of diligence by an institution.

Another area of contention is whether beneficial ownership information should be made readily available, and if so, in what format. The European Commission’s recent report states that an absence of available information about business registrations is hindering implementation of anti-money laundering requirements.

An interesting development that the Commission could consider is a recent act passed by France concerning the registration of trusts. This act obliges trustees to identify the beneficiaries of a trust whenever one of them is resident in France, or an asset of the trust is located in France. The registration requires a variety of information to be divulged to French authorities, including tax information and a statement indicating the value of the assets. Obviously, such transparency would make it much harder to get away with laundering the proceeds of corruption.