Who will police the police?

24 May 2012 in Accountability, Anti-corruption movement

Claims of UK police bribery are usually shocking enough on their own to elicit a strong reaction. Recent allegations, however, that bribes were paid to members of London’s Metropolitan Police Service Anti-Corruption Unit shock deeper still. One of the officers in question is accused of selling information regarding a Nigerian official, James Ibori, who laundered millions of pounds of public money from his homeland. 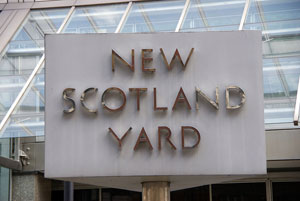 It is appalling that a shadow has been cast over what is an extremely valuable Met Unit, specially set up in 2006 to strengthen the UK’s ability to combat overseas corruption. In fact, Ibori was convicted on anti-corruption charges last month thanks to the work of this very team.

In order to safeguard the reputation of the Met, where clearly the vast majority of officers are honest public servants, it is vital that Scotland Yard completes its investigation swiftly. Any persons found guilty must be sanctioned with the strongest penalties possible to immediately extinguish any doubt that corruption is tolerated.

Unfortunately, this latest case is depressingly familiar. As the phone hacking scandal began to unfold last July, allegations emerged that some officers had accepted bribes from journalists in exchange for information. This claim was reinforced in February when Deputy Assistant Commissioner Sue Akers told the Leveson Inquiry that frequent payments of up to £80,000 had been made to police and other public officials in exchange for stories.

This recent case and previous allegations have greatly damaged public perceptions of police integrity. The Met cannot afford to have its reputation further tarnished.  TI-UK first highlighted the corruption vulnerability in the police force a year ago but not much has changed in the meantime. Urgent reforms are needed.

First, clear, consistent and robust anti-bribery standards need to be implemented throughout the Force.

Second, the movement of individuals between jobs in the police and jobs in the private sector (e.g. private investigating firms) should be properly regulated. The general reforms urgently needed to address the so-called ‘revolving door’ between the public and private sectors are laid out in a TI-UK paper due to be published on Monday.

Third, Scotland Yard must act swiftly to root out any corruption if these allegations are true. In the long term, integrity reforms must be vigorously pursued. The police can no longer afford to leave these areas of vulnerability unrecognised and unaddressed.