Reading about the Eurozone crisis in the newspapers, your natural response would be to think that Southern Europe has a problem of overspending. But it also has a revenue problem. The Southern European financial crisis and the envisaged tax Swiss-German law that would essentially launder illegal assets are two sides of the same coin. South Europeans are suffering so some countries can uphold their strict banking secrecy.

Two recent stories say a lot about the problems Europe is facing.

First of all, German weekly DER SPIEGEL reported last weekend that German opposition party SPD might shift its position and approve the German-Swiss tax agreement. The agreement needs to pass a vote in the second German parliamentary chamber, where the SPD-governed states hold a majority. 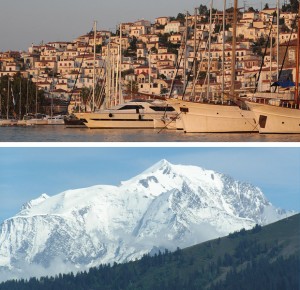 What happens under this agreement? Assets which were illegally transferred to Switzerland can be whitewashed under a once-off tax amnesty. In future, such assets will be taxed annually not by German tax officers but by Swiss banks, which will then transfer the whole tax amount to the German authorities. Brazen taxcheaters will still be able to use loopholes to hide their dirty money.

And there is a lot of it. Consultancy firm Booz & Company estimated last year that money from Germany, illegally hidden away from the tax authorities, amounts up to 103 billion Euro.

The second story happened three weeks ago, when IMF boss Lagarde had called upon the Greeks in an interview with the Guardian to pay their taxes. The Greek Chief Tax Fraud Investigator endorsed her comments and estimated tax evasion as 12 to 15 percent of the annual Greek GDP. This would amount to 40 to 45 billion Euro per year. The think tank „Global Financial Integrity“ has estimated that Greece lost 160 billion Euro in unrecorded transfers in the decade leading up to 2009.

Corruption and tax evasion in Greece
Bribes in Greek tax offices can range from €15 to €20,000 according to the 2011 National Survey on Corruption in Greece.

The two stories are intimately connected. With this agreement, it remains possible to stay anonymous as a tax cheater and leaves untouched the bank secrecy that can allow the laundering of drug money or bribes. While South Europeans suffer austerity while funds continue to flow oversees, strict banking secrecy is defended.

It is unfair though to only look at Switzerland. Of course, in the banking world strict banking secrecy is claimed to be a competitive advantage. This is probably why it is defended with such ferocity.

And do not forget Austria, Luxembourg and the many other countries which are not much better.

What makes the envisaged German Swiss tax agreement so important is that it is considered a blueprint for further tax agreements between other countries.

For tax justice activists this agreement is a catastrophe. But the legitimisation of bank secrecy is also an affront for us anti corruption activists. It is not only the tax cheaters who profit from strict banking secrecy but also the weapon traders, the human traffickers and the corrupt of the world. Banks have a full army of people trying to make sure that assets do not stem from illegal activities but it is too easy to break through the lines. Their job is aggravated by the possibilities to camouflage the beneficial owner by cascades of trusts, foundations and similar constructions.

At the end of the day, Greek money hidden in Switzerland amounts to 600 billion Euro, according to reports in German weekly DER SPIEGEL. More is hidden in Cyprus, experts say. It is usually not the ordinary citizen who hides his money from the tax authorities. If all this money would be taxed, the so-called Greek crisis would probably be solved for now. Again: South Europeans citizens suffer so that some countries can uphold their strict banking secrecy.