You have never heard of them, but they assess the safety of the food you eat, the water you bathe in and the drugs your doctor prescribes. Welcome to the world of European Union agencies – independent, arms-length bodies established by the EU to provide specialist advice and expertise to policy makers on a wide range of areas from working conditions to atomic energy to environmental standards.

Their independence from political control is crucial to ensure the integrity and quality of the advice given. Just as important, given the impact of their advice on the lives of over 500 million EU citizens, is their independence from commercial organizations and other private special interest groups. It is precisely this independence that has been called into question by a scathing European Parliament report on the ability of these agencies to handle conflicts of interest at the most senior level.  As a result the Parliament recently voted to delay the approval of these agencies’ accounts. They have until the end of June to satisfy legislators that they are tightening up their act. 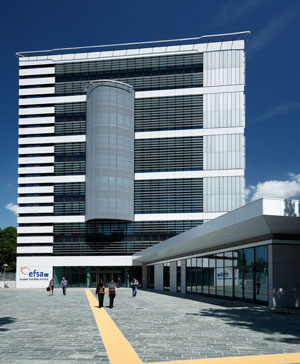 The independent bodies set up by the European Union to help it regulate everything from atomic energy to food safety are coming under fire for their failure to address potential conflicts of interest.

None of the 24 agencies get a clean slate, but three agencies are singled out for special mention – the European Medicines Agency (EMA), the European Food Safety Authority (EFSA) and European Environment Agency (EEA). EFSA and EMA in particular were accused of failing to take seriously the potential conflicts of interest resulting from the “revolving door” phenomenon – the ease with which individuals in public office switch to roles in the private sector and back again. For example, the head of the EFSA Genetically Modified Organisms Unit moved to a biotechnology company in 2008 less than two months after leaving the authority. Normally such moves would be subject to ‘cooling off’ period of 2 years or more. Meanwhile the former Executive Director of EMA took up a position with a consultancy that advises pharmaceutical companies almost immediately after leaving office. Indeed the report refers to allegations that the same director created his own consultancy while in still in office.

The consequences for public trust in policy making are clear to see. A report by TI UK on this issue points out that, “revolving door undermines trust in government, because of the potential for conflicts of interest”, and noted the results of a TI survey which “revealed that the revolving door comes a close second in the public’s ranking of potentially corrupt activities”. Moreover, the means to address the problem are neither complicated nor expensive. They include better monitoring of declarations of interest and the enforcement of post-employment “cooling off periods” when conflicts of interest are detected.

The report and vote by the European Parliament comes in the wake of a 2010 judgement by the EU Ombudsman that EFSA needed to improve the way in which it applies its rules and procedures in future ‘revolving door’ cases. The EU Court of Auditors will also look at conflicts of interest in EU agencies in a special report to be published this autumn. After years of enjoying the freedom from scrutiny that their obscurity afforded them, these “independent” agencies are now firmly in the spotlight.

That is as it should be. Significant powers are being delegated to these bodies, whose accountability is sometimes in question. Last year the EU established 3 new supervisory authorities to oversee the implementation the new financial reform rules being agreed in Brussels. As the European Parliament report only deals with 2010 accounts, they escaped the full harsh glare of Parliamentary oversight. This is fortunate for them – a long-promised code of ethics for these institutions has failed to materialise despite being  operational for nearly 18 months. With the revolving door between financial regulators and financial industry spinning all the more furiously of late, it will be interesting to see how they fare in next year’s assessment.