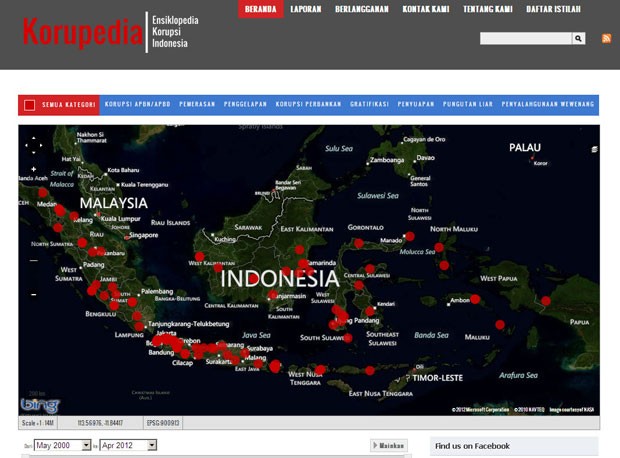 No one disagrees with the importance of law enforcement to diminish corrupt practices. Yet, sometimes social sanctions are much more effective.

This is the idea behind www.korupedia.org, the first online list of corruptors in Indonesia. Initiated by anti-corruption figures and prominent journalists, the site was launched in Warung Daun Kafe, Jakarta on June 12. Korupedia has already been praised as a creative way to shame graft convicts. The hope is that it will cast a shadow of doubt in the minds of anyone contemplating such an offence.

Korupedia will provide a list of corruptors, their identity and  a brief description of the case so people will not forget their crime to the country.

Korupedia contains two basic kinds of information. The first are documents related to corruptors whose convictions had been a final verdict (inkracht). It means that it could be the last documents coming from verdict upheld by the nation’s final court of appeals, the Supreme Court or from the lower courts when there is no more legal proceeding in the upper level courts. 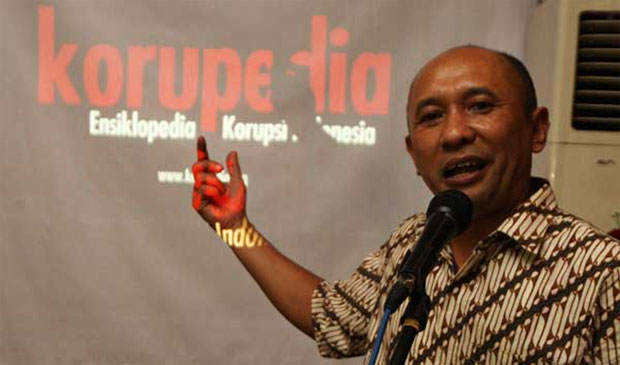 “People find it very easy to forget and even forgive. Sometimes, corruptors are praised by their communities not long after being released from jail. Some even run for the house of repesentatives or were inducted as district/province head while still jail.” Teten Masduki from Transparency International Indonesia.

The site also provides information about cases that are stalled in a certain stage of legal proceeding. By providing the initial time of a case handled by law enforcement officers, Korupedia can track how long the case has been going on. If this happens Korupedia will notify the police or the attourney general office about the situation and ask about it.

Talking about advocacy, Korupedia could be seen as a new tool to monitor legal proceedings of corruption cases from when they begin, until their current status. So that the anti-corruption movement could push cases. For the public it coud be a useful information center for warning them about potential “corruptors”. The list will be precious to the public when they vote in elections. Hopefully, it will end the political quest of any graft convict seeking election.

At the launch, Korupedia already listed 100 corruptors. The site will be growing fast since Indonesia’s anti-graft commssion, the KPK, has already committed to providing more information from their database.

“Without needing to be asked, KPK can provide a list of information. Our legal bureau has investigated 240 cases which resulted in corruptor being free once legal proceeding took place”, said Busyro Muqoddas, KPK commissioner, at the the launch of Korupedia. “This could support a new creative and enlighting method of fighting corruption.” 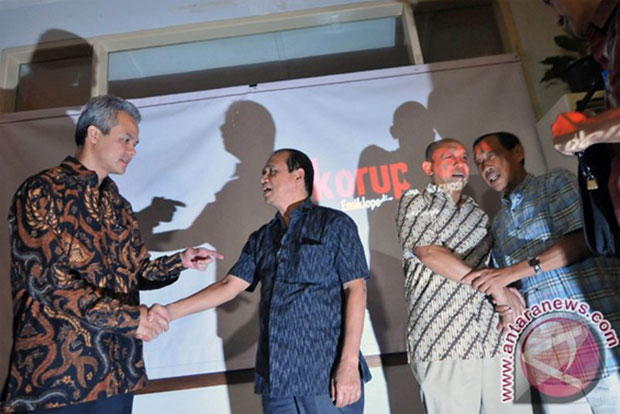 TI Indonesia, Indonesia Corruption Watch (ICW) and the Air Putih Foundation, among others, developed the website so that people would never forget the names of the nation’s corrupt.

But it is not only the infamous individuals listed on the website such as former tax official Gayus H. Tambunan, businesswoman Artalyta Suryani and former Subang regent Eep Hidayat. The website also lists corruptors who receive little coverage in the media or individuals living in Indonesia’s many remote areas. By doing so people have an easy access to information about those low profile corruptors and Korupedia helps the public avoid being subject to manipulation.

Korupedia also opens a channel for citizens to participate in the anti-corruption movement by providing information about stalled cases, reviews of cases, or writing about corruption. The team will verify all incoming data.

Heru Hendratmoko, chief editor of Radio 68H and a founder of Korupedia, added that the virtual wall of shame will serve as important counterparts to the monuments to national heros. 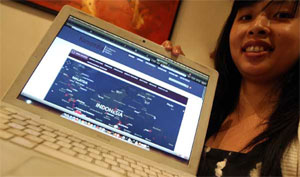 “If Indonesians need to commemorate those whose dedication and bravery defended their independence, they should also not forget anyone who has dragged this country down.”

Finally, the Korupedia initiative was another example of anti-corruption collaboration of civil society groups. It emulates the KvsK anti-corruption movie produced during last year and launched in the beginning of 2012. Korupedia and the KvsK will continue the creative way to make corruption a risky business with little to gain.