Health care is an issue that affects everyone and expenses for medicines put a heavy burden on households, especially in developing countries. Georgia is no exception. Having inherited a bloated Soviet-style health care system, the government of President Mikheil Saakashvili has sought to reform the health care sector through large-scale privatizations. Seeking to shed light on the pharmaceutical sector, a recent report by TI Georgia found strong indications that vertical market concentration and an oligopoly of a few dominant pharmaceutical companies played a key role in increasing in drug prices in Georgia in recent years. 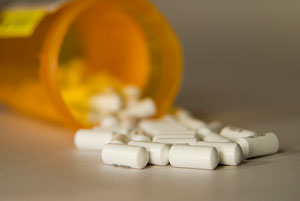 In 2010, the average household in Georgia spent 34% of its disposable income on health care, with drugs accounting for 60% of health care expenditures, or about 20% of disposable income. From 2007 to 2010, the increase in expenditures on pharmaceuticals exceeded the increases for other goods and services, growing at a rate of 23.7% per year, according to a consortium of health-care researchers.

Analyzing the market, we found that two well-established large companies and a third smaller company have dominant positions not only in retail – through their pharmacy chains – but also dominate the import of pharmaceuticals and domestic manufacturing of generic drugs. This provides the big players with significant leverage over other pharmacies, many of which must buy most of their supplies from these large firms, which are also their competitors in the pharmacy market. At the same time, the two major pharmacy chains also extend horizontally. They own health insurance providers and hospitals, which allow them to offer all health care services under one roof, and providing them opportunities to further cement their market positions.

The government has partially addressed concerns over a lack of competition in the pharmaceutical sector by making it easier for companies to import drugs into the country. As a consequence, prices for some popular brand-name drugs have gone down significantly, while prices for about 75% of drugs have continued to rise.

The graph shows that while the median markup for original brands and generics decreased, in fact only 25% of the medicines has decreased in price. Strategic price setting is used to influence statistics and to present a better image about an often criticized market as becomes apparent from a research article of CuratioInternational: https://www.curatiofoundation.org/index.php?pg=28&cid=28&&id=197

The case of Georgia shows that health care sectors, especially those of small countries in which the government seeks to leave the sector to privately owned companies, are highly vulnerable to oligopolies that could misuse their market powers to drive up their profits and keep competitors out, highlighting the need for effective anti-trust regulation and appropriate oversight mechanisms.