Over the past months, the European Commission, the executive body of the European Union (EU), has been exasperated with Bulgaria’s failure to put corrupt senior officials and crime bosses behind bars. Meanwhile in neighbouring Romania, trouble has been brewing since a major political turf fight has taken centre stage. 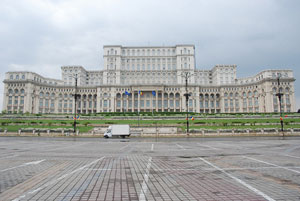 The timing couldn’t have been worse. Yesterday the European Commission published its monitoring reports for Bulgaria and Romania in which they track progress to curb corruption, ensure the rule of law, and, in the case of Bulgaria, tackle organised crime. Monitored since they joined the EU club in 2007 following concerns that their reforms were not up to scratch, officials in Sofia and Bucharest hoped this report would be their last. Bulgaria and Romania need to meet the benchmarks, which are different for each country, in order to have the EU monitoring under the Cooperation and Verification Mechanism (CVM) lifted. The reports reflect on 5 years of progress and find that for Bulgaria, although “on its way” to meet objectives, continued problems exist with organised crime and weak law enforcement. For Romania, the Commission expresses serious concern over the political situation and the ability to comply with fundamental principles of the Union. Tougher monitoring is also envisaged for Romania with the next monitoring report due before the end of the year, while Bulgaria’s next report will be due by the end of 2013.

Our new report “Money, Politics, Power: Corruption Risks in Europe” found that of the assessed 25 European states the institutions in Bulgaria and Romania were among the ones most at risk to corruption.

Of the new EU member states that joined in 2007, Bulgaria and Romania continue to give the greatest cause for concern regarding their anti-corruption framework. Results from the regional assessment carried out by Transparency International on the causes of corruption in 25 European countries found that corruption risks in these two countries were widespread. The national assessments for Romania and Bulgaria identified problematic areas: For Bulgaria the weakest institutions include the anti-corruption agency, electoral management and business, while in Romania these are the public sector, political parties and business.

In the face of these problems, the EU monitoring for Bulgaria and Romania, through the CVM, remains indispensable. The continuation of the monitoring also poses new questions about the EU’s role in the fight against corruption and rule of law in member states.

According to TI’s annual Corruption Perceptions Index, Romania and Bulgaria are amongst the very lowest scoring EU countries (Romania, 3.6; Bulgaria, 3.3 – where 0 means that a country is perceived as highly corrupt and 10 means that a country is perceived as very clean), well below several countries in the waiting line for accession to the EU. An EU public opinion survey supported this, finding that 9 of 10 respondents in Bulgaria and Romania see corruption as a major problem.

One of the key issues has been the problem with implementation of laws. Complying with demands from Brussels, Bulgaria and Romania have passed a multitude of laws to improve their integrity systems. However implementation of reforms has been lagging, and needs to be accompanied by a wider adoption of ethical norms, actions and behaviour, crucial to sustainable anti-corruption reform. The continuation of the CVM should address this and include greater emphasis on the impact of reforms, rather than box-ticking.

Read TI’s recommendations for improving the integrity systems in Bulgaria and Romania.