Sunshine on the horizon for the oil, gas and mining cash

24 August 2012 in Access to information, Oil and gas, Private sector

Despite heavy lobbying by some of the United States’ most powerful corporations, the US Securities and Exchange Commission (SEC) has taken a bold decision in support of transparency. The US Chamber of Commerce claimed that to force US oil, gas and mining companies to reveal details of their foreign payments to natural resources’ host governments would cost a whopping US$16 billion. The editorial writers at The Wall Street Journal blasted on August 23 that the SEC’s action “will add costs to the economy with no tangible benefit.” What is this heinous outrage that the SEC has inflicted? 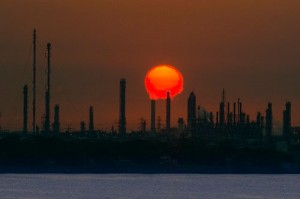 The Commission determined on 22 August 2012 to implement Section 1504 of the Dodd-Frank Act, which was passed by the Congress in 2010 and which overwhelmingly deals with the regulation of the financial industry in the wake of the 2008/2009 financial crisis. Section 1504 was snuck into this financial legislation even though its tie to the financial crisis is tenuous. This section deals exclusively with the requirement that oil, gas and mining companies should fully and publicly make an annual disclosure of their payments to foreign governments, and reveal details of their financial liabilities relative to foreign projects. The SEC has now voted to implement Section 1504 with effect from 2014. It will probably impact 1,100 companies – those that are headquartered in the United States and those that are publicly listed on US securities exchanges. In effect, the overwhelming majority of the world’s publicly listed, substantial, natural resource companies will be caught in this net.

The cost estimates that opponents of the new regulations have highlighted are unsubstantiated. The most significant argument that some have made is that disclosure may provide competitors with key information. However, giants like Statoil, Rio Tinto, BHP Billiton and Newmont have long provided a great deal of information to the public on their foreign payments and do not appear to have suffered as a result.

The effort to introduce Section 1504 into the Dodd-Frank law was led by the Revenue Watch Institute and the Publish What You Pay (PWYP) coalition. Both organisations have long been heavily supported by George Soros’s Open Society philanthropy. Few people have been as forceful in pushing for the new transparency standard as Karin Lissakers, who is about to retire as president of Revenue Watch, and who noted that, “The rules will be good news for every citizen wanting more open government, from the Middle East to West Africa to Asia.”

“Section 1504 is a very promising step in the fight against corruption and mismanagement of natural resource revenues and will empower citizens in some of the world’s poorest countries,” said Marinke van Riet, PWYP’s International Director. She added, “Now we look to the European Union to introduce strong and effective country-by-country and project-by-project reporting rules under the Accounting and Transparency Directives.”

Another campaigning organisation that has been pushing hard here and deserves great credit is Global Witness, which reacted by stressing that even if the SEC’s decision has still to be fully refined, “We welcome the fact that companies will not be able to exempt themselves from reporting in countries where governments do not want revenues disclosed: exemptions represented a ‘tyrants’ charter’. The SEC’s announcement on de minimus requirements looks promising but requires further scrutiny.”

This has been a battle that goes back a full decade. It was at the Summit of the Group of 8 in Evian, France in 2003 where the decision to establish the Extractive Industries Transparency Initiative (EITI) was taken. The goal was to shed transparency on the dealings between major global minerals companies and the governments whose countries host the world’s oil, gas, and metals. Top representatives of the companies and the governments, as well as a small number of leaders of civil society, would sit together around the EITI table. It would be another three years before EITI would get up and running under the lead of Transparency International’s founder, Peter Eigen. EITI, Revenue Watch, Publish What You Pay and Global Witness, plus Transparency International itself, have combined to make revenue transparency in the extractive industries a major issue and a real anti-corruption game changer.

At last, companies must now change their practices and start disclosing their cash payments. The next step is for the information to reach the citizens of countries where the payments have gone. That information can spark demands for accountability. Has the massive cash from the global oil, gas and mining companies gone into secret foreign bank accounts, for example, belonging to government officials of host countries?

If information is power, then we may at last start to get some answers. Once we know how much cash has been paid and to whom it went, we then need to discover where it has gone and, for that matter, exactly where it is banked. It will be some years, perhaps, before we have all the answers and a more transparent extractive industries’ universe. The SEC ruling is, unquestionably, a landmark on the road to letting sunshine into one of the darkest areas if global commerce.