On 20 September the European Union released a declaration calling for co-operation between everyone involved in sport to stop match-fixing. Sylvia Schenk, Transparency International’s senior advisor for sport discusses why this is only a first step and what more needs to be done. 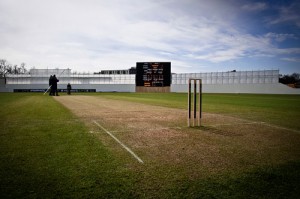 In the past two years, the world of sport and politics finally woke up to the fact that match fixing is a serious threat to the integrity and popularity of sport and the livelihoods of all those involved in sport, especially professional and amateur athletes.

The result is a flurry of international dialogues and initiatives, including a number of law enforcement partnerships and the “Nicosia declaration on the fight against match-fixing” just approved by the European Union-Sportforum under the Cyprian Presidency.

These are welcome steps. We now have serious political muscle brought to bear on a problem that has mushroomed globally, primarily because of the massive increase in sports revenues, international betting and the growth of organised crime in this area.

But sometimes I fear that many of these efforts are primarily focused on blaming the athletes, without enough attention given to the problematic circumstances they face in their respective sports and that this focus distracts from the continued lack of good governance at the top of sport organisations.

What sports organisations have not yet acknowledged and what the EU declaration points out briefly, is that there is a strong link between good governance in the bodies that run sports and the sport organisations’ credibility in the fight against match-fixing. This is important.

Unless sport organisations are accountable and transparent they will not have the authority to tackle the problem and win the trust of those involved in sport as participants or fans. The “tone at the top” is decisive when confronting wrongdoing and everybody involved in compliance and anti-corruption work will tell you this whether it is in sports, government or business.

Corruption within any sport can come in many forms. In football, for example, weak national sports bodies that do oversee best practice in their leagues often allow team owners to misuse players and thereby make them vulnerable to match fixers. We see sad examples of this in the FIFPRO black book for 2011 which documents case studies of players bullied or not paid for months.

We also see this in the use of cash to pay players’ and officials’ expenses, and even huge sums for players’ transfers. Wherever there are cash transactions people can get used to not documenting payments transparently and there is room for illegal, off-the-books transactions.

A culture of transparency and education are the best ways to prevent abuses. Players and officials need to know that their leagues and sports organisations are there to support them and this must be explicit in the form of codes of conduct that are put into practice every day.

In my view, sports organisations must remain outside of government and function independent of political influence – because it is all too easy for politicians to co-opt sport for their own purposes. History shows us how bad this can be.

But being accountable in one’s own affairs and therefore implementing good governance is a prerequisite for autonomy. The European Union has put it clearly in its communication on the European dimension of sport (January 18, 2011, 4.1 Promotion of good governance in sport):

“Good governance in sport is a condition for the autonomy and self-regulation of sport organisations.”

From the point of view of a civil society organisation that has spent the last two decades looking for ways to fight corruption, the Nicosia declaration on match fixing provided a welcome endorsement of the role of prevention and education and linked it to good governance within sporting bodies.

At Transparency International we are closely watching how our first initiative in this area plays out in the field. The Deutsche Fussballliga (German professional football leagues I and II) teamed up with Transparency International Germany to develop a programme on preventing match fixing with workshops for players and coaches. In May 2011 an ombudsman was introduced to the league who will be a point person for whistleblowers. We are also in contact with the European Professional Football Leagues (EPFL) to use the German experience in other countries.

To my mind, sport is moving in the right direction but the commitments to improve education and prevention now must be followed through, just as the reform processes with international sports organisations must be seen as more than just window dressing to stave off political meddling.