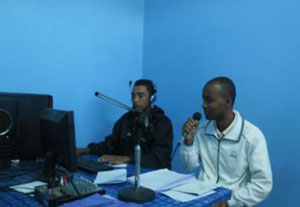 A Transparency International legal advisor gives advice over the radio

Two weeks ago, Transparency International held a 24-hour Hackathon where technology specialists helped design websites and other apps that would help us fight corruption.

But with only 13% of Africans using the internet, it’s a good time to remember a more traditional technology that is still crucial to getting people involved; the radio.

Earlier this summer Transparency International Madagascar were involved in a radio call-in show where people were able to ask questions about corruption.

Going on the radio does more than reach a wide audience : it gives people a voice and raises the pressure on authorities to act. 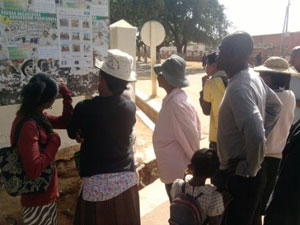 The radio show was part of a campaign against petty bribery that also involved putting up posters in Tsiroanomandidy.

People complained about local leaders, trafficking, problems with the judiciary 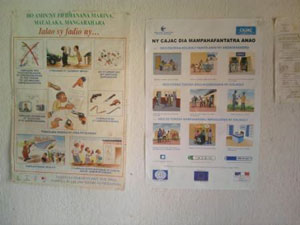 The posters deal with human rights issues, and explain how legal advice centres can help.

You can see that making people aware of their rights and their role in fighting corruption is a big priority for us. We also get asked who can make complaints, who has the right to ask for a fine and other basic legal questions

You can break down the calls into two groups.

Some want to confirm whether something is wrong or right.

Others who want to mobilise social action to change a sector badly affected by corruption.

Our experience in the town of Tsiroanomandidy taught us this key lesson : it just takes one person to publicly denounce one case of corruption to light the fuse and trigger revolt against bad government.