UN tackles organised crime, but will the public know the results?

Transnational organised crime has a turnover estimated at US$ 870 billion annually. That doesn’t count the misery and suffering it causes. Organised crime is intertwined with corruption and like corruption has to be dealt with on a global level, through international cooperation.

This week governments are meeting at a UN conference in Vienna to discuss whether they are making progress in tackling international mafia activity, by implementing the necessary laws, institutional changes and practices.

The Mexican Minister of Interior, Alejandro Poire speaking to the press in Vienna on Monday said they are making progress and that international cooperation is making a difference.

But in places like Marseilles and Dominican Republic the news is different. When the Central Americas transparency forum met last week in Honduras, security was high on the agenda.

Crime is a constant traveller. Successes against crime in one country can sometimes drive it elsewhere….in an era of ‘displacement,” noted UNODC head Yuri Fedotov in his opening address. 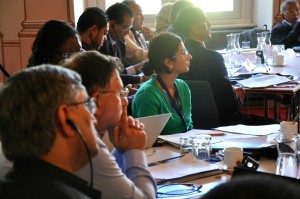 NGOs discuss UN efforts against corruption, but will they be involved when the UN tackles a similar treaty against organised crime?

The main item on the agenda of the UN conference is how to measure progress under the 2001 United Nations Convention on Transnational Organized Crime (UNTOC) and its Protocols—this includes a protocol on human trafficking.

172 states are party to the convention. They meet every two years at meetings organised by the convention’s secretariat, the UNODC. This time round Mexico is sponsoring a resolution for a new review mechanism, with provisions pretty much identical to those for the  review mechanism for the 2003 UN Convention against Corruption.

Mr. Fedotov opened the conference by highlighting two issues surrounding the mechanism: funding and the participation of observers.

On the funding issue, the question is whether the funding can be taken from the strapped UN budget. Some of the developed countries say no.

A role for civil society?

The “participation of observers” issue is about the possibility of public interest organisations attending meetings of the oversight body of the UNTOC.

A resolution tabled by Norway and Switzerland says civil society should attend.

Another resolution tabled by China and Russia says they should not. 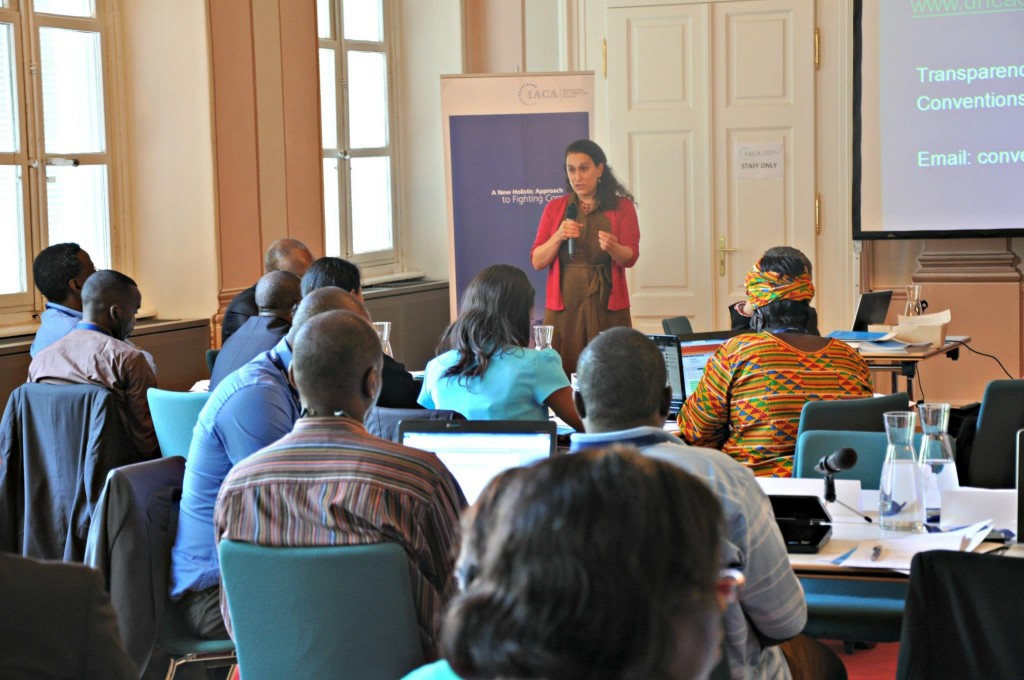 The author, Gillian Dell, talks to civil society about holding governments to their UN corruption commitments in Vienna last week

To clarify: The oversight body does not discuss any sensitive case-related information about organised crime. It discusses general issues to do with laws and institutions.

Public interest organisations, including those working with trafficked women, want to be present for a very simple reason: They want to understand and contribute to the on-going discussions and not just at the big meetings every two years.

This clash of positions is very familiar from past UN conferences about the UN Convention against Corruption (UNCAC), for which UNODC also serves as secretariat.  Civil society participation and transparency were whittled away to a bare minimum at the UN conferences in 2009 and 2011 in conflict with principles outlined in the UNCAC itself, its rules of procedure and in the terms of reference of its review mechanism.

This is why a broad alliance of civil society organisations that are in Vienna this week are pressing governments there to take a stand for inclusion and access to information in the review process for UNTOC and its Protocols. They are led by the Vienna Alliance on Crime Prevention and Criminal Justice and the Global Alliance against Traffic in Women and joined by many others including Transparency International and the UNCAC Coalition, composed of over 350 organisations.