After Armstrong agony, cycling must reform

Last week, the anti-doping body for Olympic sports in the United States, the US Anti-Doping Agency released a dossier in excess of 1000 pages supporting its assertion that 7-time Tour de France winner Lance Armstrong and his US Postal Service team ran a doping programme from 1998-2005.

It now seems that, bar three years, the winner of every Tour de France since 1996 has been sanctioned for doping. As an amateur cyclist and fan of the Tour de France I find this difficult to stomach.

Nothing less than a root and branch reform of the way the sport  is run is needed to rebuild confidence and trust in the governance of cycling so it can tackle the challenge of doping in the sport credibly.

Trust in the governing body of cycling, the International Cycling Union (UCI) and its ability to govern the sport is likely to be severely compromised.

UCI’s constitution says it should “direct, develop, regulate, control and discipline cycling under all forms worldwide; … and to promote sportsmanship and fair play.”

Whether it knew about doping in Lance Armstrong’s team and did nothing or failed to find out, it is failing this mandate to promote sportsmanship and fair play and failing to control, regulate or discipline cycling.

How did UCI respond to the Armstrong case?

First it tried to wrest control of the investigation from the USauthorities, backing down only when the body in charge of anti-doping for sport worldwide, the World Anti-Doping Agency,  intervened. 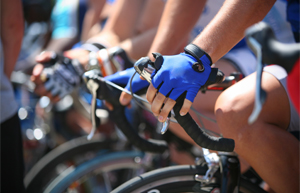 Then, when US anti-doping authorities served its notice to Lance Armstrong and several other cyclists outlining the charges, UCI President Pat McQuaid suggested a general amnesty.  The proposal got no support from the UCI membership and was abandoned.

The spectre of an even worse case scenario is the still poorly explained donation of $125,000 from Lance Armstrong. UCI says this is the only time it has accepted a donation from an athlete. It is very curious that until now the UCI has not disclosed any documents on the two payments received from Armstrong – even though UCI-president Pat McQuaid again confirmed he would do so in September 2012.

Why can the UCI not present the bank transfers or other evidence on when and how the money was donated? Or was it a cash donation? Who received it and under what conditions?

Cycling fans around the world need transparency on this.

The sport, the athletes and fans deserve better.