If you whistleblow on me…I will bite your ears off!

Our Palestinian chapter have prepared children’s stories about corruption as part of a national educational campaign. They provide a nice example of that human tradition of using stories to pass lessons between generations.

In one story, “the integrity of the fox”, a fox starts an agricultural project in cooperation with a rabbit. But the fox lets the rabbit do all the hard work. 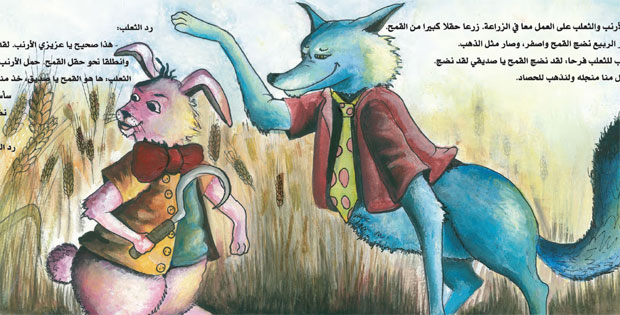 Whenever the rabbit complains, the fox comes up with a clever (or lame) – depending on the viewpoint – excuse for being lazy.

When the rabbit finally starts complaining the fox threatens it. If you whistleblow on me…I will bite your ears off!

The poor rabbit, who has worked so hard in order to be able to feed its children, is devastated! Luckily he has a powerful friend – the (watch)dog. And this dog helps the rabbit realise its rights. 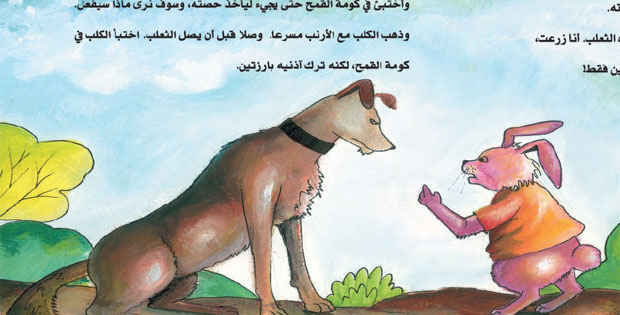 Unfortunately the fox and rabbit are not telling you a fairytale – but the sad reality of daily life that the readers are facing. Half of the Palestinians under 30 interviewed in our global survey have paid a bribe.

It is easy to explain the rationale behind using stories to raise young people’s awareness of corruption issues. They have served the human being for a long time for several different purposes: keeping track of history, explaining the supernatural phenomena and – maybe most of all – giving moral guidelines.

These moral guidelines, taking the shape of fairytales, legends and myths, are an important feature of human societies. Initially transmitted orally via storytelling, they are written down, emailed and “shared” online.

While there are differences in the time, the cultural aspects and the languages, (nearly) all stories and fairy tales from nations around the globe have one thing in common: the same “good versus bad” dichotomy

And we at Transparency International may add more examples to this list: justice versus impunity, accountability versus the lack of it, integrity versus dishonesty, or transparency versus corruption.

While at the end of fairy tales and stories normally good wins against evil –in the real world we too often see the corrupt go unpunished. But if more people participate in the fight against corruption, we can put an end to it. Here you can see a good example for the power of citizen engagement. Via one of our legal advice centres corrupt officials in Palestine, who were abusing public vehicles for private use, wereuncovered.

If you sympathize more with the rabbit than the fox, then join us. The time to end corruption and impunity is now!

Read the story in Arabic or see the English translation.