21 November 2012 in Africa and Middle East, ALACs in AFME

When asked whether corruption is a problem for women, I immediately think about the women in a local hospital who were being charged US$ 5 every time they screamed while giving birth.

The impact of corruption on women is under-researched and hard to document because it is not easy for women to come forward and report it.

At Transparency International Zimbabwe we have gained the confidence of women over the years by acting on the conspicuous forms of corruption which they reported to us.

In the health sector, for instance, we sought redress for the captive mothers through our UK aid-funded legal advice centre, which ensured this practice was stopped.

Many women now feel they can approach it with more corruption cases. Until now, male clients always dominated making corruption reports, but this year, 70% of the corruption reports the centre received were made by women. By end of 2011, of the 1500 citizens assisted, only 18% had been women.

Participants of the outreach programme.The women are from a semi-urban community of Dzivarasekwa Extension in Harare.

A closer analysis of the type of corruption cases women reported sheds light on why they had found it difficult to report initially. Women made complaints mostly about sexual extortion. The shame and stigma associated with women reporting sexual offences like rape is the same stigma associated with reporting incidents of sexual extortion. It became clear that this has been the greatest impediment to women’s willingness to report this type of corruption. Sexual extortion is also a direct attack on personal dignity and diminishes women’s self-worth.

Most of the officials implicated by corruption reports are male (which is not to say that women are always only victims of corruption). The most implicated institutions are political parties.

In one urban community, women reported cases of leaders of politically-affiliated youth groups abusing their office by requesting sexual favours from women in exchange for granting them market stalls and council housing.

In another, semi-urban community ravaged by politically-motivated violence in the 2008 elections , widows of political martyrs were the main victims of sexual extortion. Social officers in political parties would solicit for sexual favours to grant the widows access to healthcare and education funds set up for them.

Furthermore, in schools and colleges countrywide, women and girls are sexually extorted in lieu of bribes in exchange of favourable grades.

To make matters worse, before 2009; the country was a de facto one party state. Weak institutions and the patronage system make political parties sacred cows: as no one dared make corruption allegations about them.

Women bear the brunt of corruption

Poor delivery of public services has a disproportionate effect on women, who tend to rely more on public services for their gender-specific needs roles like child bearing and reproductive health.

In 2009 when TI Zimbabwe opened its advice centre, service delivery in the country was close to non-existent, with more than 40% of urban dwellers lacking access to clean water. It was not unreasonable to expect women to make most corruption reports. This was not the case.

Closing the gender gap: how we encouraged women to come forward

Women were reporting less despite suffering more, so we needed to make it easier for women to report corruption.

Based on the assumption that women in Zimbabwe were less aware of where and how to file corruption complaints, we made a deliberate decision to specifically target women and give them a specific chance to present their corruption reports. In all outreach activities, we endeavoured to work closely with women’s rights activists in the communities.

Through continuous engagement of the public, especially women and reassurances of client confidentiality, many women got the courage to report corruption in political parties.

The need for greater protection for whistleblowers cannot be overemphasized. We believe that the existence of whistleblowers protection would have clear pay-offs in extending the vital role that women in Zimbabwe are already playing in fighting corruption.

It is necessary to harness the rising voice of women in the fight against corruption. Even though some research has shown that women are no less corrupt than men, women still form the majority of the population and can be a formidable force against corruption.

By finding ways of training women in institutional monitoring thereby creating an enormous demand for public accountability, opportunities for corruption diminish and ultimately institutions are strengthened. We have already started this process of institutional reform by inspiring both men and women to not only recognize wrongdoing but to act against it. In time the active participation of all citizens cutting across gender lines will enable Zimbabwe to get out of the vortex of corruption in which it has fallen. 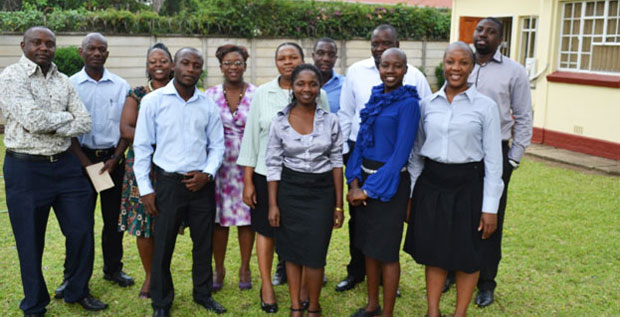