Last week hundreds of Bulgarians protested in front of the Parliament, with some of them throwing tomatoes at the building of the legislature and calling for the end of corruption and “political hypocrisy”.  Reuters and the Financial Times quickly asked if this was a “tomato revolution against corruption”:

“Nikolay Kolev, better known as ‘Bosiya’ (Barefoot), was arrested in Sofia on Tuesday after he threw a single tomato at the wall of Bulgaria’s parliament. It was a protest, so he said, against rampant official corruption.”

The event can be seen as an indicator of the growing public outcry towards the failure of the government to tackle widespread corruption and build accountable public institutions that would create safeguards against impunity.

Earlier this year, a Transparency International Bulgaria report warned that not enough has been done,

“the continuing reforms aimed at tackling corruption have not brought back the trust of the people in institutions.”

So the government should be taking every opportunity create a more accountable democracy. Fair and clean elections should be high on the list, since the report warned of an “increasing number of reports/evidence of vote buying” .

However, it seems to be heading in the opposite direction.

In late November the Bulgarian parliament’s Legal Affairs Committee proposed changes to the country’s election code that would restrict the registration of Bulgarian NGOs as election observers, which provoked a strong reaction in the civil society. Currently TI Bulgaria and other NGOs working in the area are making efforts to stop the adoption of this legal provision. 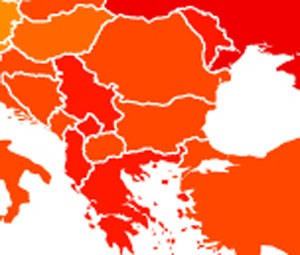 If the changes are approved by parliament, NGOs would only be allowed to register only a small number of its own members as election observers, without being able to take on extra volunteers.

If passed, these amendments could seriously curtail the ability of the civil society to monitor elections, something that Transparency International Bulgaria has been doing actively for the last years.

In late 2011, they mobilised and trained 615 volunteers to monitor the presidential and the local election and set up a hotline for reporting irregularities identified throughout the country.

Monitoring has uncovered various violations and electoral malpractices, including the attempts of vote buying, pressure on the voters and other irregularities. The reports from the hotline were immediately forwarded to the authorities to be acted upon grave cases of violations. If the electoral law amendments are passed in the current form, such monitoring will no longer be possible.

Such change could only be understood as placing restrictions for the independent monitors something that becomes particularly alarming in the context where vote buying practices seem to be widespread and independent reporting of these cases is so much needed.

Far too many people think it acceptable to sell their vote, according to a survey carried out by Transparency International for the 2011 presidential and local elections.

Read more: Why do Bulgarian citizens sell their vote?

This is aggravated by the fact that, over the last years the quality of the administration of the electoral process seems to have deteriorated.

It is all too difficult to understand why the Bulgarian government would introduce the amendments restricting domestic election observers. It leaves one wondering how those measures could address the existing challenges, nor how they would be compliant to the internationally established standards of elections in a representative democracy.

Guaranteeing meaningful independent monitoring of elections is a factor that can assure voters, representative of political parties and the international community of the legitimacy of the election process.

If the Bulgarian government is serious about having clean elections in the country and allowing meaningful civic participation, it should withdraw the amendments from consideration and instead try to institute measures, that would facilitate transparency of the electoral process and help to strengthen electoral integrity in the country.