Will billions in fines alone make banks respect the rules?

How banks implement international financial sanctions may not strike many as the sexiest news story of the day, but its importance comes alive when one remembers that holding a banking license and taking deposits from the public at large is not a right, but a privilege. It is bestowed on certain companies by the public through government regulators and it should make banks accountable to that same public.

Still, numerous banks have recently agreed to pay billions of dollars in fines for not respecting international sanctions.  Does more need to be done? 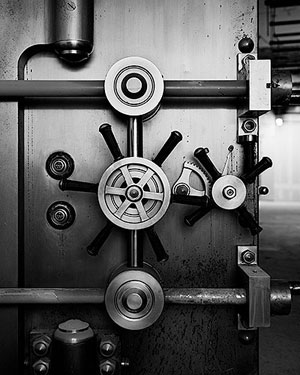 HSBC was just the latest big bank to grab headlines this week after violating U.S. sanctions against Iran and other countries. They agreed to pay a record US$1.9 billion fine. Standard Chartered Plc agreed to a $327 million in a similar settlement and other banks facing charges of failing to abide by sanctions include Lloyds Banking Group and Barclays Plc in Britain, Credit Suisse Group in Switzerland and Dutch banks ABN Amro Holdings NV and ING Bank NV.

One of the explanations for the persistent lapses in professional behavior across the banking industry is that the short-term financial rewards far outweigh the reputational downside. Public anger rarely translates into direct consumer action, partly because it is difficult to switch from one bank to another and partly due to the perception that financial institutions are “all the same”.

Meanwhile investors still focus predominantly on short-term profitability. While there has been renewed shareholder activism with regard to governance and pay, there is still insufficient engagement on broader transparency, integrity and accountability issues.

In short, there is little motive for senior management to undertake serious and sustained reform. In an economic and regulatory environment where financial institutions are under pressure to raise capital, increase lending to business and to restructure as old business models become unviable, there is even less prospect of change coming from within the sector once the media spotlight is switched off.

The absence of sustained pressure from consumers, investors and regulators on integrity issues justifies and demands the intervention of civil society in this arena. Otherwise, nothing will change.

Greater attention must be paid to the misbehaviour or clear negligence of individuals from the highest levels of governance to frontline staff, to the failure of individuals to make the right choices along the whole of the decision-making chain.

The decisions are taken in a context of incentive structures that include such elements as the wider corporate values and culture, remuneration systems and the systems for the recruitment, training and promotion of staff. Banks must embed within their institutions a sustainable culture of integrity.

We recognize that some banks have acknowledged their lapses, accepted responsibility and apologised to the public.  They have taken steps to improve their culture, including reviewing and revising management, compliance and control structures and adapting remuneration policies.  These actions are welcome, but they should be accompanied by assurances regarding their sustainability.

What is needed is a long term, irreversible commitment to:

Without this, we may continue to see banks acting against the public good.  And while perhaps not happy, they may be quite willing and able to pay enormous monetary fines that seem to have little impact on their bottom lines over the long-term.