Drummers and dancers filled the streets of Casablanca as part of International Anticorruption Day festivities organized by our chapter Transparency Maroc. 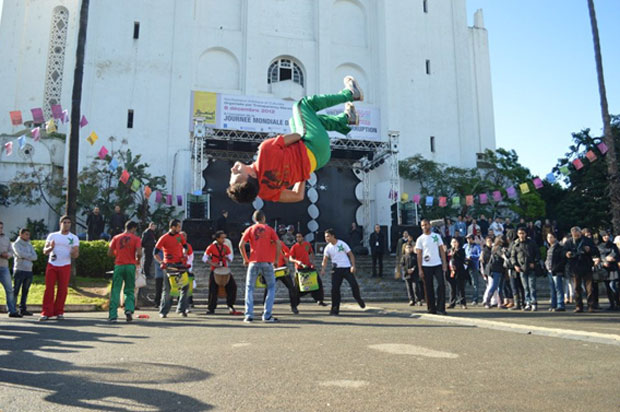 In a youth led project called Paroles urgentes or fast words to raise awareness about corruption through music, dance and theatre hundreds of people turned out to support this message. The street theatre facilitators turned the deafening often heard phrase during the Arab revolutions ‘The people want the downfall of regime’ into ‘The people want the downfall of corruption’. 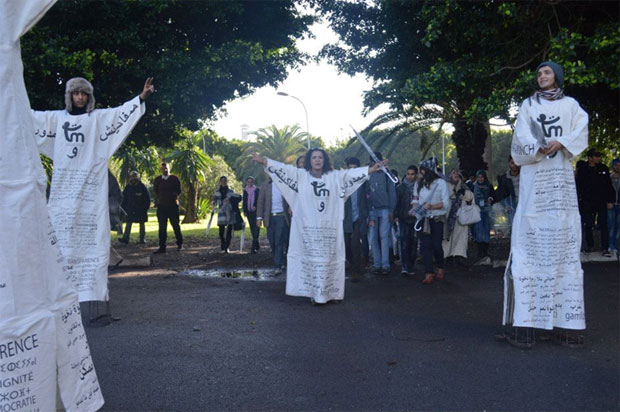 A theatrical piece included distributing umbrellas of integrity to the crowd as it grew bigger to shield them from the rain of corruption. 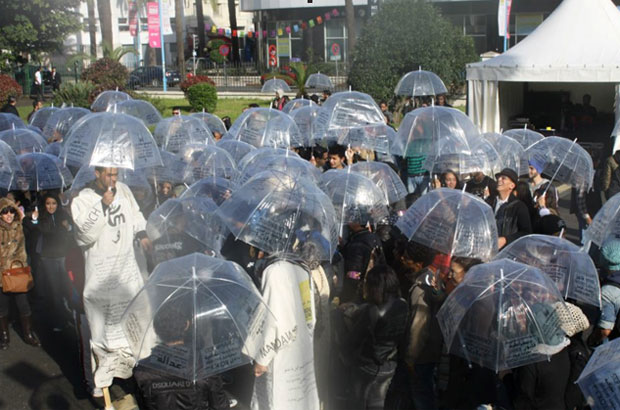 There was also a serious follow up to this event with Transparency Maroc convening a press conference reading an open letter to Prime Minister Abdelilah Benkirane and his government.

There has never been a better time for a Moroccan government when all the favourable conditions were met to take a decisive victory against corruption, illicit gains and crony capitalism in our country.

The Islamist Justice and Development party won the election last November and since then Morocco has had a significant slide to 88 in this year’s Corruption Perceptions Index. You can read the open letter in French and Arabic.

The open letter suggested recommendations for a revised national anticorruption strategy including concrete measures that guarantee no impunity for corrupt officials. Our chapter also called upon the government to encourage civil society and the private sector to speak up about corruption and protect whistleblowers.