Looking back makes the outlook for corruption fighting bright

It was late 1992 and Peter Eigen was putting the finishing touches to plans that would see the launch of Transparency International in 1993. For several years Eigen, then a veteran World Bank senior official, had been waging a campaign inside the Bank and across the development aid community to build understanding of how corruption – the abuse of power for personal gain – was wrecking anti-poverty projects in many of the world’s poorest countries. He won encouragement on a personal level from an array of senior officials, but the institutions refused to budge. Their leaders said corruption was just too hot to handle. Eigen decided it was time to act. 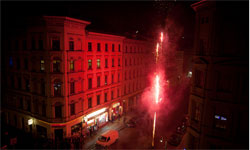 In February 1993, a group of some 20 friends from a dozen countries met in The Hague to approve the charter document that established Transparency International. In May of that year a launch conference was held in Berlin and the organisation was off and running. It is easy to scan the globe today, see the mountains of abuse, and suggest that for all of Transparency International’s efforts and those of so many other civil society organisations, little has changed. That conclusion is wrong and it one worth pondering this New Year’s Eve.

As you look ahead, you should be hugely encouraged from all of the vital building blocks that have been created that now secure the path for gathering momentum in multiple anti-corruption campaigns in many countries and at the international level. So, Happy New Year and good cheer.