Cleaning up public procurement in the Czech Republic

When the phone rang, it was clear the caller was scared. He worked in the government, he said. He had information on a huge public tender that he needed to share. He had tried to complain to his superiors about the bidding process, but they had rebuffed his allegations. Now he wanted to speak out, but his identity had to remain secret. 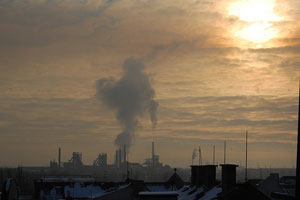 The man who called our office in the Czech Republic was referring to ‘the ecotender’, a multi-billion euro public contract to clean up pollution and waste across the country. A little over a year ago the government finally cancelled the whole project, throwing up its hands in defeat after a lengthy battle against the tender process led by the Transparency International chapter in the Czech Republic.

Like much of Eastern and Central Europe, the newly-reborn state had been left with huge environmental damage after the collapse of communism in the 1990s. The government tried for over a decade to fix the problems with small clean-up contracts, but they were often delayed and overpriced. In 2008, they decided to create one single mega tender to tackle all the remaining sites. According to government estimates, this big clean up would cost €4.5 billion. According to the caller, the sums were false.

An employee from Transparency International eventually managed to meet the whistleblower in a deserted shopping mall car park. Without getting out of his car, he passed several documents through the window. The paperwork was explosive – it showed the actual costs of the clean-up were far less than the official estimates claimed.

Following the scandal, the government introduced major amendments to public procurement legislation, bringing in more disclosure, transparency and efficiency to ensure the episode is not repeated.

On 1 April 2012 an amended public procurement law took effect that established new rules for tender auctions set for state contracts. The change cut in half the size of the minimum contract that will require a tender, to about 40000 euros. The size of construction projects needing a tender was also cut in half. Winners also need to release all signed contracts and information about subcontractors responsible for more than 10 per cent of the project. There must be at least 2 bidders otherwise tender is closed.

The new system still needs some kinks ironed to be fully operational. There will also be some administrative costs and burdens related to introduction of new compliance and control mechanisms. It goes without saying that there is opposition against these reforms, and that not everyone welcomes them whole-heartedly.

Public contracting is a significant source of corruption in the Czech Republic, while the construction industry is particularly vulnerable to corruption all over the world. Companies from this sector are seen as most likely to bribe public officials, engage in undue influence or bribe other companies, according to Transparency International’s 2011 Bribe Payer Index which surveyed 3000 business executives from 30 countries. It is conservatively estimated that around 10 per cent of construction expenditure is lost through corruption.

The change in the Czech law was considered “a major leap forward,” David Ondráčka, director of Transparency International Czech Republic, told The Prague Post back in April. “The threshold has gone down and there will be more tenders, so more chances for business, and I hope the private sector will welcome this.”

They will increase the pressure on the public sector to make tenders more open and accountable, and the amendment increases the incentive for the private sector to compete in tenders, Ondráčka says today.

Already several local groups have begun studying the newly public information, looking for possible corruption. Non-governmental organisations focused on data mining have found it much easier to access procurement data, including bidding documentation, actual bids and final price of the contract. They rank contracting authorities according to level of openness, or use of open tenders. This is a direct result of the amended law.