This article has also appeared in the Korean Times and is authored by Kim Geo-sung, Chair of Transparency International, Korea.

In many countries around the world, leaders have the right to pardon individuals. In some hands this is a responsible tool used to right a miscarriage of justice. But it can also be a political act that promotes cronyism and undermines the rule of law. Just such a move outraged people in South Korea when on Jan. 29 outgoing President Lee Myung-bak issued pardons to 55 people, among them long-time friends and associates convicted of bribery. 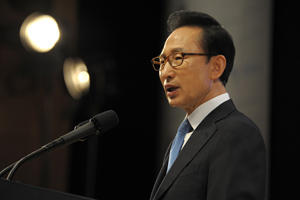 For weeks the incoming President, who is from the same party as Lee, had warned against such a move. But this has been the tradition in South Korea and is the second time President Lee has used his pardons to repay old friends. This disrespect for the rule of law and abuse of constitutional powers must stop.

This violates social justice in the name of power and is quite shameful. President-elect Park Geun-hye can move to stop this practice by introducing new laws. For example, South Korea could follow the lead of Brazil which has a law (Ficha Limpa) prohibiting people convicted of crimes from running for public office.

In addition, South Korea should create an independent anti-corruption commission that has the power to review and reject presidential amnesty candidates who do not deserve a pardon. An independent oversight body could also have the power to lift political immunity should this be an issue and review cases of political immunity when cases of corruption surface. When President Bill Clinton pardoned convicted tax evader Marc Rich on his last day in office, it also caused outrage because it looked as if political donations had bought the amnesty. But that was one man. No U.S. president has tried to do so again.

President Lee has pardoned scores of people who do not deserve to be let off the crimes they committed. This “tradition” should stop. It undermines the pillars of state that secures a vibrant and strong democracy. When the Transparency International Movement met in Brasilia last year, we made the issue of impunity a top priority in the fight against corruption. We used the slogan, “Don’t let them get away with it” in the declaration at the 15th International Anti-Corruption Conference. We said if impunity is not stopped, we risk the dissolution of the very fabric of society and the rule of law, our trust in our politics and our hope for social justice because impunity undermines.

I now call on the leaders in South Korea and everywhere to embrace not only transparency in public life but a culture of transparency leading to a participatory society in which leaders are accountable. A misused presidential pardon flies in the face of this commitment.