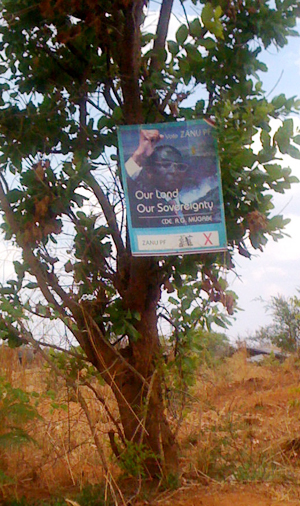 In Zimbabwe, most of the women’s economic empowerment projects are actually corrupt vote buying schemes.

Politicians in Zimbabwe are taking advantage of the fact women face existing legal limitations. Research shows that women, who often have lower incomes, have limited access to basic public services because they are less likely to pay bribes to get the services. This makes it difficult for them to acquire registration documents like a mining licence or a permit to sell gold, especially in countries like Zimbabwe where corruption is endemic.

Tradition further renders women vulnerable when many consider that women cannot hold land titles (see this research). Land ownership would enable them to gain access to natural resources, such as gold. Yet, to do so women are forced to accept help from politicians. Unfortunately most of these so called ‘lifelines’ from politicians are actually corrupt vote-buying schemes.

Transparency International Zimbabwe came across one of these vote-buying schemes in the town of Chegututhat operated as a women’s economic ‘empowerment’ project. The project promoted women’s participation in mining by giving them access to land and ‘ownership’ of a gold mine. But once a woman starts working in the mine it was mandatory for her to pledge support for certain politicians.

The ‘empowered’ women were then made to rehearse political party slogans and sing party songs at the mining site before starting their operations every day. The mines themselves are dismal operations that often have no sanitation services. The gold mines are more like panning activities in which deep holes and tunnels are dug, causing injury and sometimes death to those working there. One of the women told TI-Zimbabwe:

…we are mining here with permission of politicians, we do not have legal title to own the mines but we support a political party. We have poverty here in Chegutu since the industry closed. We have no source of income to pay Council taxes and buy food. We hail the political party which has provided us with this opportunity.

If the politicians were really keen to empower women, they would have ensured that these women had real permanent title – thus real ownership – to the mines and were provided with the required expertise and machinery to carry out operations. 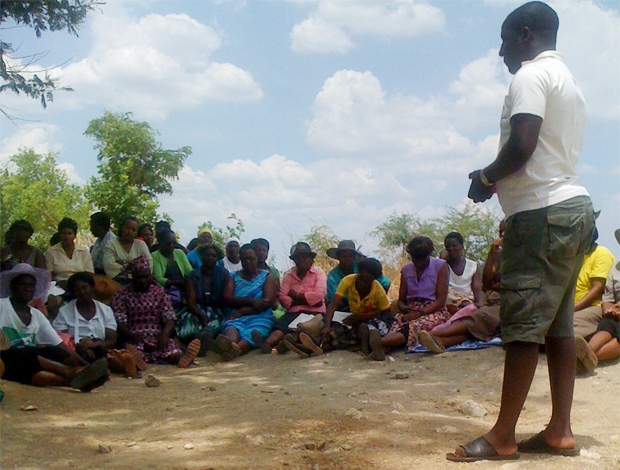 The “empowered” women are gathered to rehearse and sing political party slogans at the mining site before starting their operations every day.

Furthermore, the Precious Mineral Act and the Gold Act of Zimbabwe clearly stipulates that only licensed people can deal with gold. The fact that none of these women possessed mining licences essentially renders the empowerment project illegal. Since the women do not have permits to sell their gold on the open market, they end up selling their gold illegally to the same politicians who ‘empowered’ them at less than market value. If there is a dispute in price, the women have no legal recourse because they have no legal title to the gold. Once the politicians have secured the women’s votes and won parliamentary seats, they cease to care for the women’s plight.

One mine owner came to TI-Zimbabwe to ask for help. She was the actual legal owner of a mine where an ‘empowerment’ project is situated. She approached our advocacy and legal advice clinic seeking advice on how she could regain access to her land. According to her, she faced death threats from the supporters of politicians who had invaded her mine. When she approached the Mining Commissioner, he openly acknowledged that the women occupying her land had powerful political connections and he could not displace them even though they had no title to the land.

It is clear that in Zimbabwe robust anti-corruption strategies should address forms of corruption that affect women as a group. Such strategies could include ensuring equitable and accountable public service delivery as well as strengthening women’s capacities to act as watchdogs. As overseers they could provide adequate oversight of various institutions, including political parties. Increasing women’s participation in decision-making would increase their ability to improve their situation.