Oil money in Gabon and Sierra Leone: from mirage to reality?

Many of the world’s poorest countries by per capita income are actually some of the richest in terms of natural resources. Trouble is, this wealth doesn’t reach citizens who, by rights, own the resources. That is why the Extractive Industry Transparency Initiative (EITI) was started in 2002: to get countries to agree to publish information about the money they receive from natural resource exploitation so that citizens can see how it is spent.

Some countries that sign on to the initiative stick to their pledges, others do not. Last month, the EITI Board excluded Gabon from the list of countries implementing the initiative because it failed to comply with the standard’s obligations. The Board also suspended Sierra Leone, sanctioning its lack of progress in meeting the core requirements. 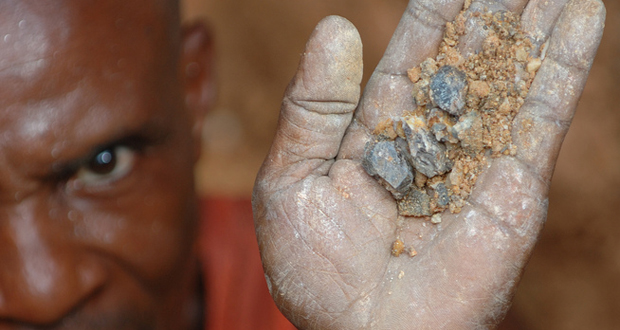 What does this mean for these countries? Put simply, Gabon is back to square one, and Sierra Leone receives a serious warning. There are no monetary fines but foreign investors will see that these two countries are not living up to their international commitments and this may deter investments. Moral suasion can be a powerful tool in civil society’s arsenal to hold governments to account .

Gabon and Sierra Leone have very different histories, and political and cultural traditions. The former has enjoyed relative stability and economic growth since it gained independence from the French in 1960. The latter recently emerged from a decade of brutal civil war in which tens of thousands died. Yet they have one thing in common – abundant natural resources amidst dire poverty.

Gabon is the fifth largest oil producer in Sub-Saharan Africa, with oil generating over 60 per cent of government revenues in 2010. The country also produces manganese and iron ore, but this wealth has not trickled down to the poor.

37 countries around the world are currently implementing the EITI. The Transparency International chapters in Ghana, Liberia, Madagascar, Mozambique, Niger, Senegal, Sierra Leone and Zambia are monitoring progress in their countries, along with other civil society groups.

Since joining the EITI in 2005, Gabon has failed to improve public dialogue and transparency on the use of the nation’s oil wealth. The country is still perceived as being very corrupt, ranking 102 out of 174 countries in Transparency International (TI) 2012 Corruption Perception Index.

Sierra Leone boasts one of the world’s fastest growing economies, attracting growing numbers of investors. The country has embraced the EITI to bring transparency in its booming extractive sector. Despite the mining bonanza, living standards are among the lowest in Africa and one in five children die before reaching the age of five.

The most recent EITI report reveals that citizens of Sierra Leone received on average a meager US$1 per capita in revenues annually from oil and mineral extraction. Many Sierra Leoneans lament the opacity of mining deals and wonder what’s in it for them.

Civil society experts in Gabon and Sierra Leonea re not surprised by the Board’s decision. Progress in these countries requires political will and continuous effort.

In Sierra Leone the Transparency International chapter is advocating for public disclosure of information on all revenue data for the country’s extractive sector – including contributions to local chiefdoms. The chapter has also embarked on a campaign to popularise the EITI and explain the effects of corruption on communities’ rights.

Publish What You Pay Gabon works with local civil society to push for greater transparency on Gabon’s oil revenues and budget monitoring strategies. This could go a long way in strengthening citizens’ and investors’ confidence in government and reducing graft.  Other resource-rich countries like Ghana and Niger are showing that civil society can have a say in promoting far reaching reforms.

Some argue that EITI ‘sanctions’ on countries deter those working for transparency, while benefiting those resisting reform. As civil society, we believe that transparency is about commitment and action. Now is the time for the governments of Gabon and Sierra Leone to act not just for the sake of the EITI but for all their citizens.