L’affaire Cahuzac: a stain on Hollande’s integrity agenda or a wake-up call?

9 April 2013 in Accountability, Politics and government

After four months of denial, Jérôme Cahuzac, former Minister of Budget, finally admitted he had a Swiss bank account in his name, transferred to Singapore in 2009, containing close to €600,000. He has now been placed under investigation over alleged laundering of tax-fraud money. This scandal – which is shaking the French political class and the Socialist Party in particular — shines some embarrassing light on the persistence of money laundering and political lies. The danger of the appropriation of the current situation by populist parties, to divert voters, is real and the situation should serve as a real wake-up call. 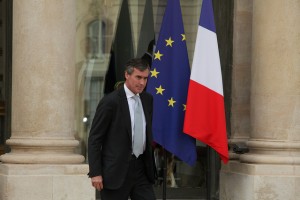 When he was elected in May last year, French President François Hollande made the moralisation of political life and the fight against tax evasion cornerstones of his political programme.

He pledged to clean up politics, committing to all of the seven recommendations put forward by Transparency International France to all candidates ahead of last year’s election.

Following the recent scandal, François Hollande announced on Wednesday three urgent measures to reinforce the country’s governance framework: the strengthening of the independence of the judiciary; the purging of conflicts of interest; and the toughening of ineligibility for corruption sentences. The government is currently working on a draft law to strengthen the ethics of politics that should be presented on 24 April, and Prime Minister Ayrault guaranteed that all his Ministers’ asset declarations would be published by the 15th of this month. In the background of these official pledges, the political class is reacting to the scandal by spontaneously publishing their asset declarations or putting forward draft laws and proposals on how to “moralise” French politics. The Green group at the National Assembly will deposit two draft laws today to enhance political transparency and regulate conflicts of interests and the “revolving doors”. It is crucial, now more than ever, that politicians from every side start to take the fight against corruption seriously.

Last year a Transparency International study on corruption risks in Europe warned that France joined Slovenia as the only EU countries where MPs’ declarations are not made available for public scrutiny at all. Eleven of the 25 countries studied do not cover all relevant aspects of MPs’ interests and/or disclose only partial information.

With this in mind, Transparency International France is currently running a petition to make ethics in public life a national campaign.

Ready to get involved?

Today the French newspapers are treating tax evasion and money laundering not as an isolated problem, but an international challenge. The reactions that followed the bailout of Cyprus’ troubled banking system demonstrate once more the devastating effects of the lack of financial integrity. As long as tax havens and bank secrecy offer a safe shelter for the proceeds of tax evasion, embezzlement or organised crime, these crimes will persist.

Echoing the growing public outrage in these times of crisis, the International Consortium of Investigative Journalists, working with journalists from all over the world, started this week to reveal information regarding the offshore financial industry and the identity of hidden wealth owners. Upholding the integrity of our countries’ political life is a shared task that is fundamental to keep democracy alive and vibrant. It needs the political will to properly enforce the law as well as the scrutiny of a dynamic civil society and media.