A Treatise of Banking Nature

When the publication of his Treatise of Human Nature met with almost universal indifference, Scottish philosopher David Hume remarked glumly that it “fell still-born from the press”. Anthony Salz – Rothschild banker and City of London grandee – will understand those sentiments after the rather muted reaction to his own tome on human nature, a 244-page review of Barclays’ business practices, values and culture commissioned by the bank in the wake of the LIBOR scandal. It deserved better. 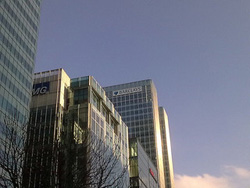 In part, the reaction is a measure of how low the stock of the banking sector has fallen. Despite the thoughtful and comprehensive nature of the independent review’s 30-odd recommendations aimed at “transforming the culture” at Barclays, the public and press simply do not believe that, left to their own devices, banks have the will or the means to reform themselves. Other measures that Barclays has undertaken – including the announcement last week that it has set aside over £1 billion for a programme of reform to deal with the fallout of the LIBOR affair and other revelations about aggressive tax-avoidance – have met with widespread scepticism.

Salz and co. also had the misfortune to go public at the same time as a UK Parliamentary commission published a report into the failure of Halifax Bank of Scotland (HBOS), the bank whose demise led to the effective nationalisation of Lloyds in 2008. That report’s stinging criticism of HBOS top management, calling for them to be banned from ever again holding senior positions in financial services, lead to the resignation of former CEO James Crosby from his post with a private equity firm and the offer to give up his knighthood. Other former executives are still in the media’s sights.

The lesson is obvious. High-minded talk of culture and values must wait until justice has been dispensed.

It would be unfortunate if the Salz review sank without trace amid all the brouhaha about lifetime bans, honours and pension pots, because in its diagnosis and prescriptions for change there is a central truth that we at Transparency International have recognised previously: changing a culture of corruption is a long, hard process that requires the commitment of all parts of the organisation, from the boardroom to the trading room, from public affairs to the human resources. This is the real meaning of “root and branch” reform.

Over the course of 600 or so interviews with Barclays staff, the review team found that despite the lip-service paid to values of “customer focus” and “trust”, one factor dominated the approach to performance and promotion: money, and lots of it. Moreover, discretionary bonuses were used by managers in ways that were designed to reward loyalty and suppress challenging behaviour, particularly in the investment banking arm.

The highest value of all was “winning”, something conveyed both in the slogans and the style of the most senior managers. This culture was often in tension with the values of rank and file staff – only 35 per cent of staff surveyed agreed that the right behaviours are rewarded in pay awards. They were also aware of the widespread hypocrisy – 70 per cent of those polled said that they did not believe that their leadership lived and breathed Barclays’ professed values.

The review also makes it clear that the normal checks and balances on this culture of greed, blind loyalty and winning at all costs were absent or broken. Codes of conduct were not monitored or enforced, human resources personnel were sidelined, performance criteria – apart from those related to financial incentives or sales – were ignored, training and induction were inadequate and promotion was perceived to be driven primarily, if not solely, by loyalty and ‘political’ connections.

Fixing these systems of pay, performance and promotion is what is meant by embedding a culture of integrity. This cannot be done behind closed doors. He notes that “transforming the culture…will require a public commitment, with clear milestones and reporting on progress. It will require Barclays to listen to stakeholders…”

The real worry with this review is that it will be seen to be a Barclays solution to a Barclays problem, the unfortunate consequence of being the first bank to settle with the authorities over LIBOR misdeeds. But the problems that Salz has identified are replicated throughout the industry to a greater or lesser degree.

If we are to see a real change in culture across the sector, what is required is a public commitment by the entire sector to implementing the kind of detailed and far-reaching reforms that Salz is recommending and indeed much more. This is exactly the kind of industry-wide reform that Transparency International’s financial integrity initiative is aiming to achieve, so that in five or ten year’s time an ethical banking nature will be second nature.