Changing accountability mindsets: From workshops and reports to professors and imams

1 May 2013 in Accountability, Education

Working on accountability in difficult contexts, it does not take long to realise the key shortcomings of established approaches to these issues – expensive workshops are held, lengthy papers are written and complex logframes are completed, but little changes on the ground. 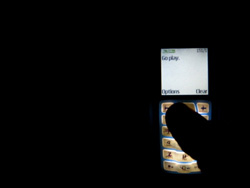 SMS can be part of the solution

Some donors and NGOs are now much more creative – using new social accountability approaches to include citizens’ voices in decision-making, for example, or deploying innovative technologies to generate and disseminate transparent data. These efforts are useful and important, but the fundamental problem largely persists. Too much of what we do looks at short-term fixes, deals only with limited elements of corruption, or assumes that the creation of new institutions will automatically change dynamics.

We have not figured out – or have largely ignored – ways to fundamentally assist the process of accountability-building between power-holders and citizens over the long term. This requires a change in approaches – both our own and those of the people we hope to support. At the Accountability Lab, one way we are trying to do this is through a focus on supporting accountability within structures that have the reach to truly catalyse a change in mindsets.

We have begun, for example, by looking at education – as outlined in the upcoming Global Corruption Report. Education systems can be used to entrench notions of civic engagement and constructive citizenship, but in some countries, schools and universities actually teach corruption and undermine capacity.

In Liberia, we have helped a university administration deploy an SMS-based reporting and response system through which we have gathered and synthesised data on accountability problems including bribery and sexual harassment. We are now working in concert with the administration and the student government to communicate findings to the student body and develop shared approaches to address these critical concerns.

In Nepal – where trusted mechanisms for addressing problems of integrity do not exist on university campuses – we have worked for the last year with student leaders, professors, administrators and members of political parties to develop “dialogue centers.” These bodies will act as hubs for the flow of information, constructive discourse and new ideas on accountability. 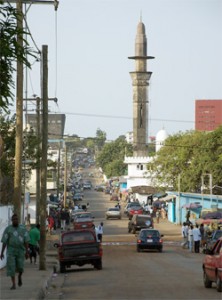 A mosque in Monrovia, Liberia

Given the significant legitimacy they can draw upon, another key means by which to work on these issues is through religious institutions. In Liberia, for example, churches and mosques wield huge influence among the population in every part of the country in a way no other institutions can possibly match. Religious leaders played a central role in negotiating an end to years of violence in the country in the 1990s and early 2000s. The Lab has begun working with prominent imams and bishops, therefore, to generate an inclusive process through which the moral authority of these leaders can be used to push the notion of personal accountability. The idea is to develop an “accountability accord” – analogous to a peace accord – that can then be used as an advocacy and outreach tool through debates with officials, school visits and discussions with citizens.

There are a number of obstacles to implementing these ideas, of course – dysfunctional systems have stakeholders who are always adverse to change. But the hope is that by testing new approaches and working with alternative sets of actors (that we are calling “accountapreneurs”) we can move beyond existing – and often ill-fitting – anti-corruption models, and learn from our previous mistakes. This will in turn allow for a shift towards more sustainable accountability relationships over time, even in the most challenging environments. The citizens of these countries deserve no less.