Originally published 21 May 2013 on UNCAC coalition

On Thursday 30 May 2013, UNCAC Coalition civil society representatives will gather in Vienna at the United Nations to call for more government transparency and accountability and an end to impunity for corruption crimes. During the whole week of 27 May, the UN is holding a “governments only” meeting on implementation of the UN Convention against Corruption (UNCAC) and is inviting representatives of the 166 governments that have ratified the Convention. But unlike at other global agenda-setting meetings, civil society groups are not invited to these discussions. 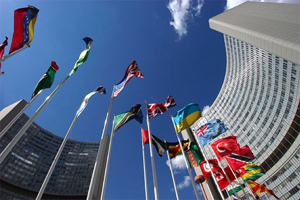 To try to make up for that exclusion, on 30 May, on the margins of the UN meeting, governments will give civil society groups the opportunity to present proposals about what governments can do to improve their anti-corruption effectiveness and how civil society groups can help. The UNCAC Coalition is calling for improvements in the UNCAC review mechanism and its follow-up process. It is also asking governments to take steps to reduce impunity by addressing legal obstacles and resource constraints faced by investigators and courts.  Additionally, Transparency International is calling for more action to ensure protection for whistleblowers.

Civil society groups will be talking to governments on 30 May against the background of seriously eroded public trust in government and business in recent years caused by economic crises and lack of accountability at the top. In developed countries, the public has watched greed and corruption undermine their economic and political systems. In developing countries the public has seen graft and cronyism promote inequitable, dangerous and fragile economic growth—or prevent any development at all.

The UNCAC, which governments adopted in 2003, has the potential to address many of these issues. It represents a collective commitment to strengthen anti-corruption efforts through measures designed to prevent corruption and through enforcement measures aimed at punishing corruption. The question is: Given all the political complexities at the UN and at national level, can this joint undertaking work?

There is already an UNCAC review mechanism in place, albeit with weaknesses. The review process started up in mid-2010 and is currently at the end of the third year of its first 5-year review cycle covering criminalisation and enforcement. The reviews are progressing steadily but with considerable delays.

A surprising and anomalous feature of the UNCAC review mechanism is that only staff of the UN Office on Drugs and Crime (UNODC) in Vienna are allowed to know the status of all the UNCAC country reviews–how they are being conducted; and what are their full findings. Noone else has access to all this information – not the governments that oversee the UNCAC process and not the wider public.

This is the result of unfortunate compromises reached at the third UNCAC Conference of States Parties (COSP) in Doha in 2009 after over three years of negotiations between governments supporting an effective UNCAC review mechanism and those opposing it. These compromises introduced numerous barriers to transparency in the process, as well as obstacles to civil society contributions. At the subsequent fourth COSP in Marrakesh in 2011 governments struck a further deal to close the doors of the UNCAC Implementation Review Group to civil society observers despite rules of procedure to the contrary (see Resolution 4/6).  These barriers and obstacles are costly in terms of lost public interest and inputs.  They are self-defeating as they make it impossible to build the popular support and momentum for implementation that are essential for UNCAC to succeed.

The UNCAC Coalition has emphasized the need for an effective review mechanism on numerous occasions since 2006. Once again this year, the Coalition is raising this issue in its submissions and messages to the upcoming UNCAC IRG meeting in Vienna.

In a letter to governments of 29 April, the Coalition has made the case for admitting civil society organisations as observers meetings of the IRG and of the Working Groups on Asset Recovery and Prevention.  The Coalition has also sent governments a report about the first three years of the UNCAC review process with recommendations for increased transparency and participation. This paper presents data collected from 83 countries.

The Coalition is also making some specific proposals about steps to take to improve anti-corruption efforts and reduce impunity. In a second letter to governments dated 16 May the Coalition is calling for guidelines on the use of settlements or plea bargains in corruption cases; for stringent limits on immunities of public officials that may shield them from accountability for corruption; and for the independence and resourcing of investigation and prosecution services as well as of the courts.

In addition, Transparency International has submitted a report entitled “Whistleblower protection and the UNCAC”.  This assesses the findings of the UNCAC review process to date and calls for special attention to this subject in future follow-up on the UNCAC.