Surveillance under scrutiny in Georgia

Fourteen thousand wire taps have been approved in the courts of Georgia’s capital Tbilisi since 2011. Last month Transparency International Georgia held a  conference aimed at pushing for more transparency about the way Georgian law enforcers carry out surveillance, and who watches the watchers.

Georgian authorities, like other governments in the Caucasus, keep ‘black boxes’ in the server infrastructure of all major telecoms companies that allow law enforcement and intelligence bodies to directly access thousands of phone calls, text messages and internet use in real time without any help from the internet provider.

This situation violates  European human rights law on the conditions for surveillance to take place. TI Georgia wants these boxes removed as a first step to better oversight of surveillance. 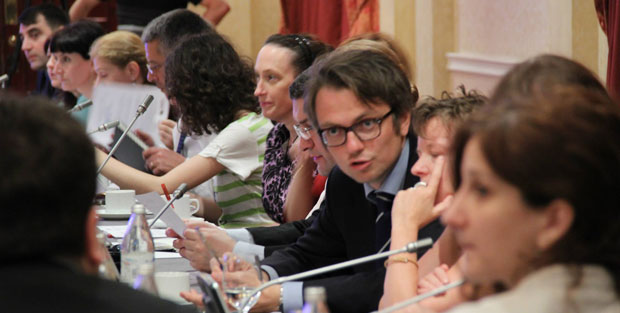 On May 24, Transparency International Georgia held a conference dedicated to the issue of government wiretapping and personal data protection.

Georgia, which only saw its first democratic transition of power last October, has over the past years seen several public cases where secretly recorded footage was used to blackmail journalists or was leaked to discredit political opponents.

Last month, a deputy Minister of Interior was arrested in connection with a case where secretly recorded intimate footage was published online to publicly discredit a reporter who had been investigating government officials.

By law, the use of intercepts in Georgia is subject to authorisation by a judge. However, in most cases judges do not receive enough information about the investigation or the results of the surveillance, according to research by TI Georgia. Insufficient court oversight and a lack of accountability of law enforcement and intelligence bodies create a strong risk that direct access to communication data is abused and that journalists, civil society activists, politicians or members of the business community have their movements and communication monitored.

A TI Georgia analysis of the principles and minimum standards for phone interception established by the European Court of Human Rights reports that Georgia’s legal framework provides insufficient safeguards. Georgia’s law provides neither:

These are all gaps big enough to cause some serious issues for the people being spied upon. 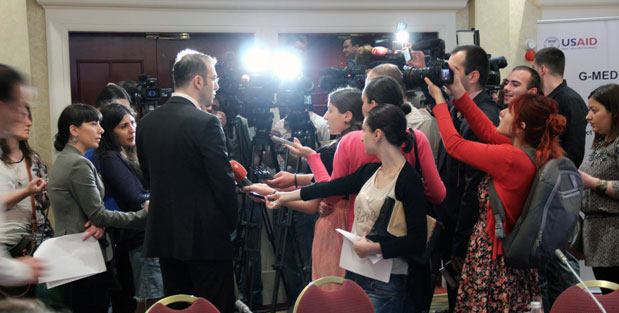 At the conference, First Deputy Justice Minister Davit Jandieri, Head of the Legal Division of the Ministry of Internal Affairs Zviad Okropiridze and Deputy Head of the Justice Department of the Public Defender’s Office Tamuna Shvangiradze offered their comments.

Earlier this year, TI Georgia assessed Internet freedom and the telecommunications sector, concluding that while web-access in Georgia was free of censorship, the opaque ownership of several telecom companies, the existence of these black boxes and a lack of clear rules regarding the collection and storage of people’s communication data are issues of concern.

So far, telecom providers have been reluctant to raise the issue of unchecked surveillance in public. At the press conference we held last month, the CEO of Geocell, a Georgian mobile phone operator and subsidiary of the Scandinavian telecommunications provider TeliaSonera, was the first telecom executive to publicly recognise the existence of the Ministry of Interior’s equipment.

He said that the company was interested in putting good practices in place if the authorities agreed to improved data retention procedures. In the past year, TeliaSonera has faced criticism for providing governments in the South Caucasus and Central Asia with direct access to its communications data, which has reportedly been abused for the prosecution of journalists and human rights activists.

In order to ensure that people’s right to privacy are protected and respected, TI Georgia recommends:

Disclosure: TeliaSonera’s largest shareholder is the Swedish government. TI Georgia is a recipient of funds from the Swedish International Development Agency (Sida), its work on promoting freedom of the media is supported by USAID through IREX. Transparency International Sweden recently started a dialogue with TeliaSonera to help improve the company’s anti-corruption rules and procedures.