Czech political scandal shows a strengthening of the rule of law

18 June 2013 in Europe and Central Asia, Politics and government

When police raided 31 homes in the Czech Republic last week, seized $7.8 million and arrested five people including the Prime Minister’s chief of staff, it shocked most people. This was not only because of the crimes themselves, as Radim Bureš of Transparency International Czech Republic explains, but because the public prosecutors had carried out the investigation of criminal and clientelistic networks in the first place.

Yesterday Petr Necas, the prime minister of the Czech Republic, resigned because of a corruption scandal that has confirmed what most people in the country already knew: the political elite do not respect the rule of law and organised crime has infiltrated government. The only good news to come out of this disturbing story is that the police and public prosecutors are doing their jobs without political interference, something that was almost unthinkable less than two years ago. 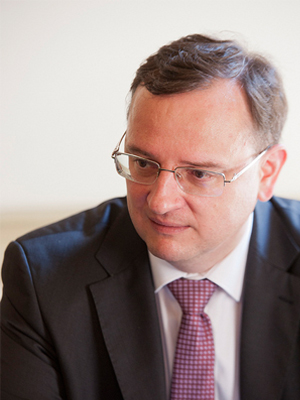 Police investigations allegedly showed that Jana Nagyova, a close aide of Mr Necas, used military intelligence to undertake private surveillance and was also allegedly involved in close contacts with political lobbyists and – as Czech’s says- “godfathers.”  Several more people were arrested and $7.8 million was found in cash and gold in various raids.

Although Mr Necas tried to defend his government and distance himself from the scandal, the fact that it involved his chief of staff and that one of the people under military surveillance was Mr. Necas’ estranged wife, made it untenable for him to stay in office.  Even if he did not know what was going on, he should have.

Two years ago when Transparency International Czech Republic published its national integrity study that assessed the corruption risks in all the different pillars of government, the police and public prosecutions services scored the worst. Politicisation and a lack of independence compromised judicial independence   .

We published a further study in 2012 that showed the close links between government and the judiciary arguing that without independence it is not possible to uphold the rule of law . In this respect our pressure  has been successful. The new law on public prosecution strengthening the prosecutors’ independence – which is supported by TI – is currently in the Parliament.

There has been a kind of malaise among people in the Czech Republic that has almost come to accept the fact that the political elite are linked to organised crime and that not much can be done to stop this. The current investigations appear to show that this has changed.

Attempts by politicians to marginalise police evidence were rejected by the court in this investigation and all five suspects were taken into custody.The police not only dared to investigate politicians and powerful people connected to the government, but for the first time they have started to dismantle the organised structures of politicians and their ‘god-fathers’ – which has to be seen as a positive development.

The investigations so far appear to be solid, independent and the evidence well-founded. This will give people more faith in the public prosecutor’s office and the ability of the police and it will strengthen what was a weak pillar of governance. We can only hope that this will encourage the public prosecutors to continue their work .

The whole situation is still very new. We will carefully follow the events of the coming weeks and hope that if the police searches turn up any other evidence of wrongdoing, all suspects will be duly prosecuted.