What NGOs can do to make sure politicians are clean

French politicians will today vote on a law on “transparency in public life”. The law will oblige politicians to publish declarations of interests, although it looks like asset declarations will only be registered with public authorities.

Asset declaration rules have been introduced in many countries as a way to enhance transparency and integrity as well as restore the trust of citizens in public administration. They aim to prevent conflicts of interest and avoid illicit enrichment or other illegal activities among public officials and members of the government by monitoring variations in wealth over time. 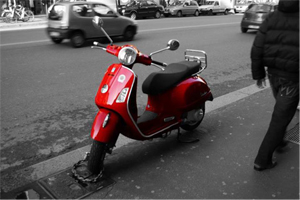 A good asset declaration system requires all branches of government and senior civil servants to regularly disclose information such as property, assets, income from all sources, gifts, and potential conflicts of interest.

The recent scandals in France, with a cabinet minister’s Swiss bank account exposed, show an asset declaration system by itself is not enough. Someone has to monitor and enforce the rules and the public must see the information declared.

Here are 3 things NGOs can do to make sure politicians come clean:

1. Lifestyle checks: Making sure what is disclosed matches reality – and that nothing is left out

One way of verifying the content of declarations is to compare the declared information with declarations from previous years in order to monitor changes.

Transparency International Russia conducts an annual analysis of income and assets declarations of members of parliament.

A report called “Questions to deputies” is published yearly, bringing public attention to cases where the change in assets did not match the income of deputies.

TI Russia and other NGOs created declarator.org – an online database of income and assets declarations.

The portal brings together in one single place the information that was previously scattered in several different official websites to analyse declarations and track changes in assets overtime.

In the Philippines a coalition of NGOs and government agencies carry out life-style checks — investigations into the ways of living or lifestyle of government officials — to determine consistency with their income.

NGOs can contribute by observing the lifestyle of politicians or public officials and by gathering relevant documentation (e.g. verifying whether the official or the family is the “actual” owner of properties and vehicles, reporting their holiday destinations, among others). Citizens can also report extravagant lifestyles through a hotline.

2. Trawling through the data

In order to flag potential conflicts of interest, NGOs can analyse information concerning business interests of individual politicians, ownership of shares in companies and other sources of income. These include paid consultancies while in public office that could pose potential a conflict of interest and lead to preferential treatment in specific processes such as procurement decisions; allocation of public resources through amendments to the budget; and campaign finance resources, among others.

In Georgia the government has an extensive online disclosure requirement for the assets and income of public officials, and the people living in their households  (https://www.declaration.ge). However, no government entity is tasked with verifying the completeness of the disclosure – this role is left to the media and the public.

This information was initially disclosed in a format that made it difficult to search and use the data. TI Georgia scraped (downloaded) the data, repackaged it and made it available in a user-friendly format, packing all declaration data in one large spreadsheet. Over time, the government improved the data format of the official declarations. In a number of cases, TI Georgia has utilized the income and asset declarations to shed light on the salaries and bonus payments of public officials and to highlight conflicts of interest of top regulators and members of the government.

TI Georgia also makes uses of freedom of information requests to access information that is not publicly available.

3. Making sure assets get disclosed at all

In 2010, TI Kosovo published a study analysing the degree up to which the law on declaration of assets of senior officials has been complied with.

Among other things, the analysis showed that more than 60 officials failed to declare their assets in a timely fashion; and that there have been no criminal charges brought against officials who falsely declared assets.

The study concludes that the anti-corruption agency does not have the necessary human and technical resources to properly verify the content the declarations nor the ability to punish public officials.

What about in your country? Are civil society groups or the media verifying politicians’ asset declarations?