As victories in the fight against corruption go, the confirmation yesterday that former Italian Prime Minister Silvio Berlusconi did commit tax fraud is a major battle won in a war that is still going on. 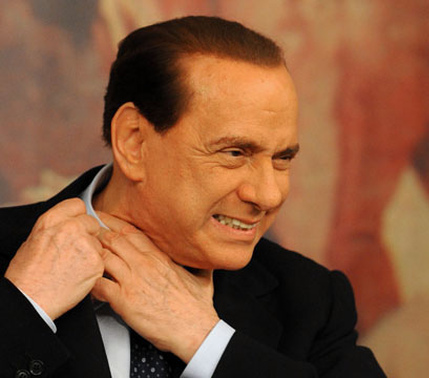 Since he started his political career in the 1990s, Berlusconi has been in court more than 30 times and convicted four times. He has successfully avoided prison with the use of legal loopholes, legislative sleight of hand and in his latest conviction confirmed yesterday, because of his age. He will not go to jail but rather serve out his sentence under house arrest.

Still, the news that a panel of judges confirmed the sentence, ends this scandalous story of one man’s ability to act with impunity: this is the first time that Berlusconi received a final and irrevocable conviction.

Berlusconi was also supposed to be banned from public life, which would have ended his political career by preventing him from being a candidate or a member of the parliament or Senate for five years — but as that decision was put off until at least next year, he can for now keep his seat.

Still there is reason to believe Berlusconi will not be able to continue his lengthy and prolific political career. According to the law approved on 31 December 2012, someone convicted and sentenced to more than two years’ imprisonment for “intentional crimes, committed or attempted, to which is in accordance with the penalty of imprisonment of not less than four years” cannot hold the office of deputy and a senator.

The cases against Berlusconi are a symbol of a bigger problem in Italy where most citizens think politicians or other powerful public figures will be never convicted for anything. It is not surprising, therefore, that political parties are considered the most corrupted institution in Italy in the latest Transparency International poll. And no wonder 61 per cent of the respondents in the same survey said the Italian government is ineffective in the fight against corruption.

For Italy, there is no question the decision comes at a delicate political moment and could have consequences on the current government, which might account for the court’s reluctance to ban Berlusconi outright from holding public office. But over the long-term it should help Italians regain trust towards political parties and start to believe that political parties and politicians can fight against corruption.

That means continuing to strike down laws that let politicians get away with breaking the law, many of which came into existence specifically to help Berlusconi avoid conviction. For example, in 2002 and 2004 the Italian parliament approved a law giving immunity to five key state posts, including that of prime minister. This law stopped Berlusconi’s trial on corruption charges relating to business dealings in the 1980s.

But Berlusconi still had Italy’s sub-standard statutes of limitation laws working in his favour. The combination of the short period of time covered by these statutes and a court system that can take years to carry out a proceeding allowed too many people, including Berlusconi, to see cases thrown out before they made their way through the appeals process. A Transparency International and the Council of Europe report found out that 10-13 per cent of all corruption cases in Italy from 2005-2009 were closed because the statutes of limitations ran out.

Statute of limitations should be revised to suit the nature of the crime and because corruption cases can take a long time to prosecute, this means they should be lengthened. The Minister of Justice Paola Severino has said she is planning to draft a specific law for statutes of limitation.

Berlusconi claims he has been persecuted by legal vendettas but the court ruling shows that in this instance the facts proved him guilty. The message is clear: in the end, the law will catch up with wrongdoing, no matter who the criminal is and how much power, influence and money he or she has. This is a victory worth celebrating.