29 October 2013 in Access to information, Accountability, Anti-corruption movement, Civil society, Europe and Central Asia, Events, Politics and government
This week several representatives from Transparency International will join about 1,000 members of civil society and government to discuss transparency, accountability and participation at the Open Government Partnership London Summit. Nuala Haughey, advocacy and research manager with Transparency InternationaI Ireland, will be attending as well. This blog originally appeared on the Open Government Partnership website. 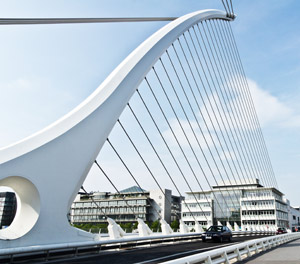 As Ireland takes its first steps towards joining the Open Government Partnership (OGP), civil society has shown a strong appetite for more openness and accountability in government.

A total of 62 proposals for inclusion in Ireland’s first OGP Action Plan have been put forward by citizens and civil society representatives who took part in consultations which concluded  in September.

These consultations were coordinated by Transparency InternationaI Ireland and funded by the Department of Public Expenditure and Reform, the lead government department on OGP.

The variety of the proposals – from participatory budgeting to corporate law reforms – reflects the diverse backgrounds and interests of participants involved in the consultations. These included women’s groups, environmental activists, political scientists, overseas development professionals and advocates for freedom of information and anti-corruption reforms.

More than 100 people attended three public gatherings – and collaborated online between meetings – to come up with what is undoubtedly an ambitious and well-reasoned “wish list” for open government.  Participants also looked at governance structures for the OGP in other countries, and set out their thoughts on how this new working relationship should develop in Ireland.

One of the strengths of OGP – and it was evident during these consultations – is that it offers an entirely new space for collaboration between experts and activists who would not routinely share platforms or agendas. This diversity created synergies which enriched the final Action Plan proposals submitted to the department.

As OGP’s civil society coordinator Paul Maassen advised us at one of the gatherings, building the relationship between government and civil society is crucial for the first OGP consultation phase. In terms of this relationship, the summer consultations were something of a first date, with civil servants from a range of government departments joining working groups at one of the public meetings to hear first-hand the issues being discussed and to offer policy advice where needed.

Exactly how the OGP develops in Ireland will be discussed further in the weeks and months ahead. Judging by the feedback from participants at the consultations, the new alliances and professional relationships forged during these initial gatherings will provide a solid foundation as Ireland works towards officially joining OGP in April 2014.

For more information about the OGP consultations – including videos and live blogs of meetings – click here.