Leaks, press freedom and state surveillance: is this our fight? 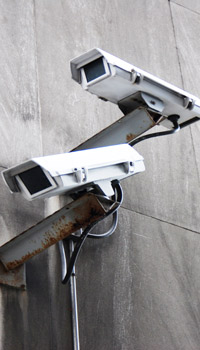 Increased use of electronic surveillance over the last decade has coincided with a clamping down on press freedom, argues Transparency International’s Robert Barrington.

Ever since the Wikileaks debate came to the fore, I have been wondering to what extent we, as Transparency International, should be taking a stand on the issue of Wikileaks, and what that stand should be.

On the one hand we stand for transparency, principally because we are an anti-corruption organisation and transparency is one of the best means of exposing and deterring corruption. On the other hand, there must clearly be issues that are private or confidential – among which I would include my own bank account, a conversation Transparency International might have with someone who is a victim of corruption, and legitimate state secrets such as how James Bond is tracking down proven terrorists.

Since Wikileaks, and in particular Bradley Manning’s leaks, we have had other leaks; and now we have the leaks from Edward Snowden and their distribution via Glenn Greenwald and the Guardian. This, in turn, has led to a backlash from governments against the whistleblowers and those media that have the temerity to report leaks that are embarrassing to the governments concerned.

As a result, the debate has now shifted. There are now those who argue that what we are seeing is corruption – like the highly-respected UK journalist Simon Jenkins in a recent article in the Guardian.

The argument – whether or not you agree with it – runs roughly along these lines:

The counter-argument is this:

Two related points occur to me:

I have five fundamental concerns:

I am no expert in this arcane world of intelligence, terrorism and surveillance. But here are some suggestions:

But is this Transparency International’s fight? From a human rights and civil liberties perspective, there are very compelling arguments about why the UK has a significant problem that needs to be urgently addressed.

Transparency International already has much to do; and a mistake NGOs sometimes make is to broaden their missions so that they become less effective in the core areas of their mission. Can we genuinely say this current situation, however undesirable, is corrupt? On the other hand, shouldn’t Transparency International always take a stand when there is an issue that combines an unaccountable state, curbs on press freedom and persecution of whistleblowers?